National Geographic Depicted Prague as a Hotbed of Crime 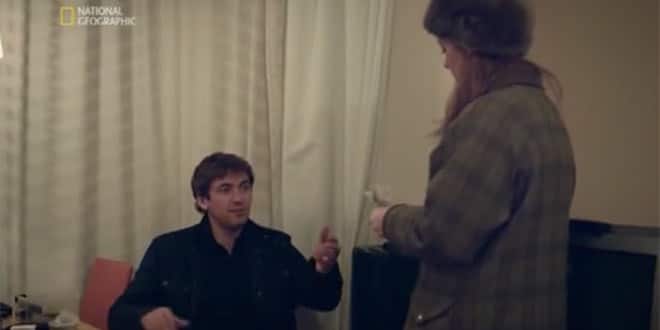 In a show called Scam City on the National Geographic channel, presenter Connor Woodman described Prague as a city full of criminal taxi drivers, prostitutes, pickpockets, thieving merchants and fake drug dealers. However, the documentary has been investigated for possible crimes, and Prague police have found that the show was filmed primarily with hired helpers. The documentary was made by British Zig Zag Productions, using an eight-person crew for 10 days in December 2011.

This documentary, made by the reputable National Geographic channel, describes how the main participant is being robbed in the Czech capital city; a bribed taxi driver is taking him to a place, and he cannot leave without paying € 500, even though he hadn’t enjoyed any services there.

A sausage seller gives him the wrong amount of change, the journey from Old Town Square to Wenceslas Square costs CZK 750, and for the journey from the centre to Žižkov, he pays CZK 174 for the first time and nearly CZK 1000 for the second time. On Wenceslas Square, he also succeeded in buying two grams of cocaine for CZK 1 500, which was actually baking soda.

In a documentary lasting 45 minutes, the editor surprisingly manages to interview scammers. He learns from the director of the Eurotaxi company, which robbed him, that drivers normally carry weapons with them. If they followed the limit of CZK 28 per kilometre set by the Municipality, they would have to work 14 hours a day to earn some money. From the runner of a dubious bar with prostitutes, he then finds out that the police know about his activities and do not care.

The problem is that in trying to make a documentary that is based on generally nasty experiences of foreign tourists with Prague scammers, this acclaimed US title has committed fraud. At least, this is what some people claim. The above-mentioned situations are thus fabricated, and there are hired helpers in the role of Prague scammers. However, even if some passages are fictitious, the documentary portrays the situation, and that persists in the Prague metropolis.

The documentary, which was aired in December 2012 on the National Geographic channel and is now experiencing a comeback on social networks, where it has many views, was investigated by Prague Criminal Police. And they were astonished at how far the crew was willing to go to make such a documentary about Prague.

“Totally by chance; I saw it on TV last year. I immediately drew the attention of criminal investigators, and they started to investigate it to uncover such frauds and the scammers’ identity. They traced and interviewed actors in the documentary, they checked places where the editor moved, and the big surprise was that it was all fabricated,” Jana Rösslerová, a police spokeswoman, told the Právo daily newspaper.

“The whole story was fictitious, and hired actors and helpers have played the roles of scammers. Now the matter is under investigation, but it will probably be postponed because no crime occurred. For example, the bar in Žižkov, where prostitution and extortion should have taken place, has been closed for a long time,” Rösslerová added.

Anyway, the Eurotaxi company, which was almost the main criminal organization in the documentary, has been insolvent since mid-2011. Additionally, its directors and owners in the commercial register are completely different people from Pavel Jelínek, whom Connor Woodman interviewed on camera.

However, the fact that the Eurotaxi company is insolvent does not change the situation that in Prague, there are still many dishonest taxi drivers, as evidenced by numerous complaints by foreign tourists. There are still reports about taxi companies charging 99 CZK per km hanging around tourist spots.

Prague is not as popular anymore as a destination for sex tourism. It once was after the Velvet Revolution when significant numbers of visitors were looking for cheap beer and sex pleasures rather than architectural sights. But the city is still today a favourite place for small stag and bachelor parties and other celebrations. The aim of this group of visitors is also visiting brothels and strip bars, where customers are often robbed, or at best, they leave surprised that the beer here costs a few hundred crowns. And as in any other metropolis, fake or real drug dealers are there wherever there is demand, which also includes this city of sin. Stalls that sold sausages on Wenceslas Square were robbing tourists intentionally, especially the Russian-speaking workers from Ukraine. Perhaps that was why most of them were removed from the city tourist areas.

City management now began to deal with the scandal more intensively. “First, I need to get acquainted with the matter in detail, but certainly we should consider legal action because the reputation of the capital city was significantly damaged,” Lukáš Manhart, a councillor for legislation, said.

However, city management should instead create measures in order not to repeat these fake scenes that portray the situation of Prague and not to concentrate the struggle against information that defames Prague, but is partly right – as a warning to some visitors.

Undercover journalist puts the spotlight on Prague’s taxi scams. When we watched this program, I figured it was an easy try to find out who is actually right. So I said, let’s take our camera and let’s do exactly the same situations that he showed. We did it and we ended up even worse than Conor Woodman did. read more