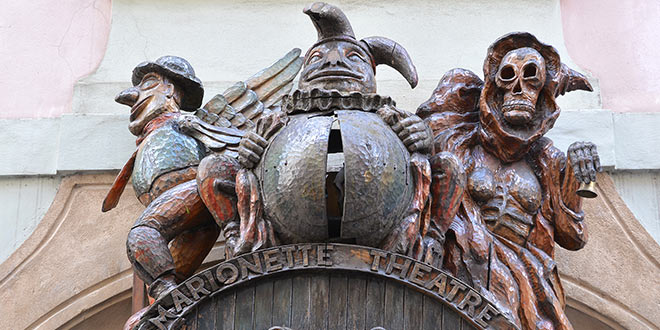 Mozart composed “The Opera of Operas” Don Giovanni, especially for Prague, where he personally conducted its world premiere in 1787 at the Estates Theatre (Stavovske Theatre). The National Marionette Theatre presents this brilliant opera in a unique version of classical marionettes. It is the longest-running classical marionette show in Prague; they have been staging performances since 1991. Their production celebrates Mozart’s time in Prague and the atmosphere of this period in an authentic 18th-century spectacle. Using tall marionettes, stylish period costumes and original stage effects, the performance is presented in an original Italian libretto and lasts about two hours. In July 1968, when The Beatles were at the height of their popularity, they released Yellow Submarine’s film. This playful theatre version of that legendary film exploits elements of visual, a marionette and black-light theatre. It will draw you into an imaginary world where music triumphs over evil and hate. Original visual effects and stage poetry are supported by original recordings of famous songs by The Beatles and instrumental pieces composed by George Martin, which guarantees the experience will be pleasant. This performance lasts about 2 hours. 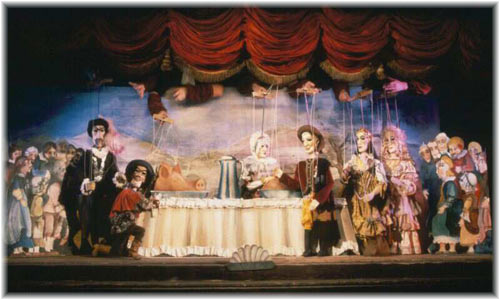 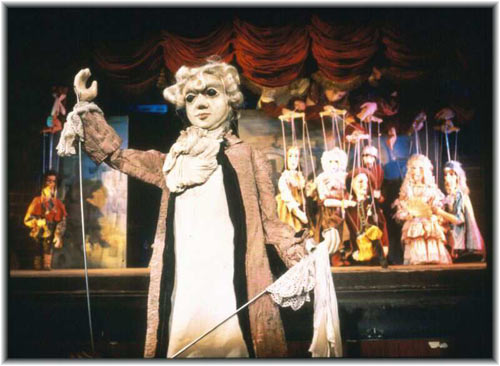