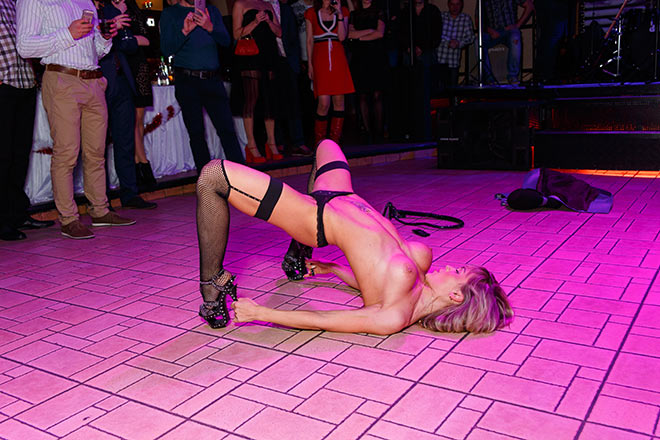 The District Court for Prague 1 handed down punishments to fourteen defendants in a case concerning the operation of nightclubs in Ve Smečkách Street. For pimps, the court imposed conditional and pecuniary punishments, the highest of which reaches five million crowns. The judgment is not final.

According to the Court Verdict, Clients in the Business Could Pay for Sex

According to the filing, they committed crimes from July 2011 until November 2012.

According to a spokesman for the Prague City Prosecutor’s Office, Štěpánka Zenklová, the group has declared that the club organizes entertainment events and provides wellness services on the outside.

“In fact, however, its primary goal was to negotiate women for prostitution and consequently profit from prostitution,” Zenkl said.

The Defendant Faces up to Eight Years in Prison

The District Court for Prague 1 last week gave the defendants conditional sentences ranging from two to three years. Prosecutors and defendants have retained deadlines for appeals.

Investigators carried out several raids on cabarets by the end of 2012. The deal involved Darling Cabaret, Sexy sauna club and Cabaret Atlas. For example, a dancer from the last-mentioned club then claimed in court that they had not provided sexual services for money. Customers had told them that they have been chatting about contactless private dances, and the club also said they were commissioning visitors to order drinks.

There are dozens of similar clubs and cabarets with rooms for customers still operating, despite frequent inspections in Prague. While there is information in these businesses that sexual services are prohibited, for example, the primary purpose of these businesses is the sale of sexual services. Order information is purposefully used to circumvent the law. As a rule, the worker must pay half of the amount collected directly to the owners.

According to the Criminal Code, the crackdown is focused on people who cause, hire, lure or lead to prostitution, or who pretend to be a prostitute. Members of organized groups for this act face up to eight years in prison.

Share
Facebook
Twitter
Pinterest
Email
Print
Previous articleGoing to a Restaurant in Prague? Tourists Have No Idea That They Can Even Make a Complaint Directly in a Restaurant
Next articleCleaners, Laborers and Chefs. See Who Czech Companies Are Most Looking for in 2018
RELATED ARTICLES
News