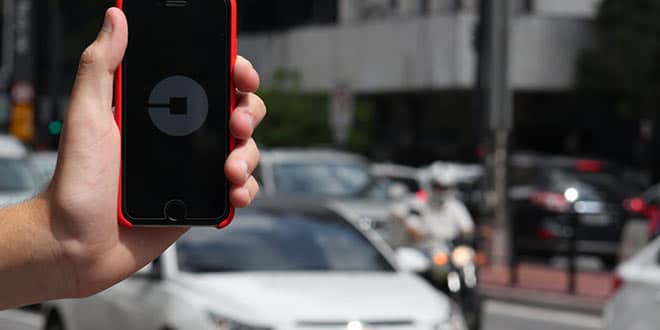 While some people compare the fight against alternative taxi services to the movement for destroying machines in the 19th century, others see an attempt to skip the rules in this business model. The board members sent a clear signal on Wednesday that they don’t want to open the door to this business.

The board members refused the suggestion from CSSD deputy Vaclav Zemek, which was meant to make the business easier for the alternative transporters.

Two separate groups are standing opposite to each other in this argument – the operators of classic cabs and applications which use the licensed cab drivers, like for example Liftago, on one side, while on the other side are companies like Uber or Taxify, that offer lifts by a car which a licensed cab driver does not drive. The price advantage is logically on the side without the licence because these services are offered as sharing, not a cab.

Uber has been preliminary forbidden by the court in Brno (we have reported about it here). The Estonian company Taxify must not operate in Prague (more here). But Uber can operate there, which surprised Roman Sysel, the director of the Czech branch of Taxify: “It surprises us that is it possible for the same argument that the traditional taxi companies issued against Uber not long ago, and which was rejected, should be accepted now when they are trying it again against us.”

The development was faster than the law.

Zemek’s amendatory suggestion to the discussed amendment of the transportation law contained a paragraph according to which the cab driver would not have to have a taximeter, but only a smartphone application, which would replace it. “I am aware that my suggestion is a bit radical, but the technology was faster than the legislation. We can close our eyes when facing it, or we can be proactive,” the deputy has said.

The members of the board disagreed with his suggestion in the end. According to the Minister for Transportation, it would be the end of cab services in their current form. Uber had problems in many other countries as well, and it was banned in many big cities. This week the company ordered whole-page advertisements in three dailies. In the text, signed, for example, by Tomas Prouza, the former coordinator of the digital agenda, the company called upon the deputies to support new services.

“The excessive and inappropriate regulation of any industry, including the transportation sector, is a step back in the age of digital revolution,” they stated in the letter. Some deputies consider such a letter to be unacceptable pressure on the media.

The lawmakers and the Ministry of Transportation are refusing such steps, but they are not against another discussion. They also pointed out that in Czech, there are already applications that respect the law. “We don’t need to breach a single law; we have all the modern technologies,” says Martin Hausenblas, the founder of Liftago.

Things will get harder in the taxi business

The suggestion comes with stricter rules for the taxi business. For example, drivers could lose their licence even after the first serious transgression, let’s say forgetting to turn on the taximeter. The taxi services providers will now have to keep a log of the drivers, and they should check if their drivers are licensed.

While deputy Zemek wanted to loosen the requests on the providers, other people went in the opposite direction, and they suggested the regulations should be even stricter. For example, Pavel Cihak (ANO) wanted to force through fines of up to 700,000 CZK for breaching the rules. He didn’t gain enough votes on Wednesday, though. “It is necessary to apply the same rules to everybody. That is not happening now,” he added. The deputies point out, for example, the problem with Uber cars that are not insured.