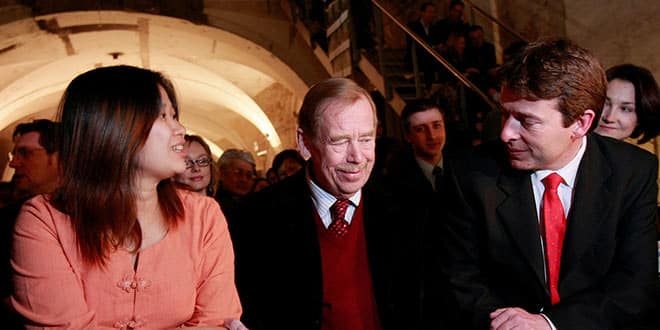 The One World International Human Rights Documentary Film Festival, organised by the non-profit organisation People in Need, takes place annually on the first week of March in Prague. The Festival comes under the auspices of Václav Havel, former president of the Czech Republic. During the Festival, documentaries from all over the world are screened. One World consists of three international competition categories of feature-length and short documentary films and videos (Main Competition, Right to Know Competition, Short Forms Competition) and several non-competitive thematic categories, retrospectives and tributes, educational screenings for primary and secondary schools, workshops, debates, concerts and photo exhibitions.

The One World International Human Rights Documentary Film Festival features documentaries that explore, question and challenge the complexities of the times in which we live.
Through documentaries that unveil the realities behind the global media, One World operates as a forum for initiatives towards change. The festival intends to reach audiences so that a sense of urgency for change is awakened in each individual – and from this urgency, complacency is deemed unacceptable.