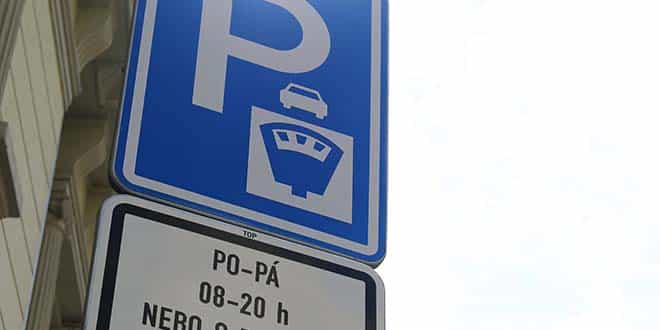 Visitors may soon be able to pay for parking in Prague via SMS. The city is now investigating how the system would work and is starting talks with the operators about conditions, according to Prague Deputy Mayor Petr Dolínek.

The city and the administrations of Prague 5 and 6 have agreed on the change in the payment method. New paid parking zones have applied in some neighborhoods in those districts since August 24, 2016

The Prague 6 district is especially interested in payment via SMS from mobile phones. It has included the idea in a list of several suggested changes to the parking system. The district also wants to broaden the parking zone and increase the number of patrols to enforce parking violations.

Not everyone supports the idea of parking zones, though. There are huge complaints by residents and commuters. The Central Bohemia region has complained that there is a lack of parking lots for commuters in some areas. The regional administration did not want paid parking to be introduced in Prague 5 and 6, which are further from the city centre and closer to the suburbs until more parking lots were created. The introduction of paid parking zones in those areas has a large impact on commuters going to work in the city.

Zones in Prague began to operate in 1996 in parts of Prague 1 and were subsequently extended to the whole of Prague 1, 2, 7, and most of Prague 3. The zones were extended to Prague 5 and 6 in 2016 and will also come to Prague 8.

The Town Hall also runs the zones in Prague 13, 16 and 22. There are three types of zones: one allows parking for residents of the district, and the others allow parking for short and long periods of time.