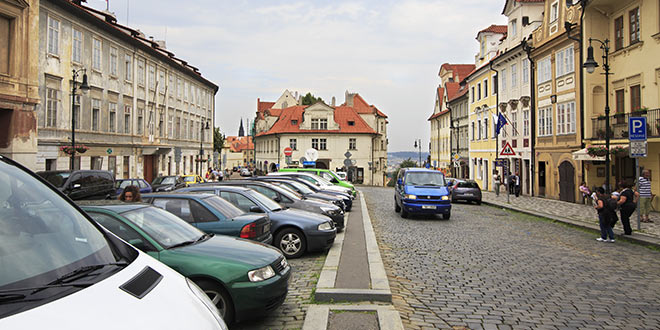 Pohorelec means “The Scene of Fire”. It is a small and quiet square in the Castle District in Prague, which has burned down many times during its history. There are picturesque buildings around it, and many important historical monuments are situated nearby: a gateway to the Strahov Monastery is located just next to it, and the Loreta Shrine stands a short walk from Pohorelec. Prague Castle is also accessible on foot.

Pohorelec – “The Scene of Fire”

Pohorelec was founded as a suburb of the Castle District in the 14th century. It burned down during the Hussite Wars, then in the big fire of Prague in 1541, and once again during the War of the Austrian Succession in 1742. This sad history gave the place its name.

A sculptural group of St. John of Nepomuk stands in the centre of Pohorelec. It was probably made by J. A. Quittainer in 1752 and was brought to Pohorelec from Castle Square in 1846.

The Rococo Kucera Palace (No.114) in Pohorelec catches attention with its decorative façade. It is also sometimes called “At the Golden Vessel”. It used to be a Baroque palace but was destroyed by fire in 1742 and was then rebuilt in the Rococo style. The palace has a monumental staircase decorated with sculptures, and, nowadays, there is a banking institution inside.

The Slik Palace (No.111) with three wings used to be the residence of an aristocratic family, the Sliks of Holic. It has a Classicist frontage dating back to the 1840s.

The Baroque-style St. Elisabeth Hospital (No.155) was founded in 1664 by an abbot of the Strahov Monastery. The front of the building is unusual – it resembles a church. There is a staircase with a sculptural group of Calvary inside the building. 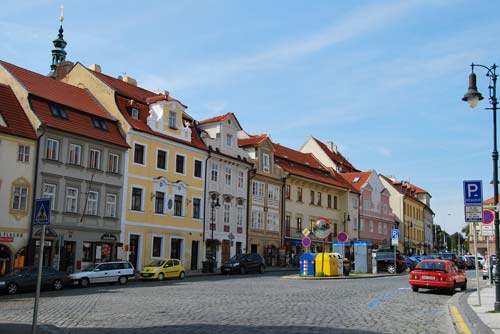