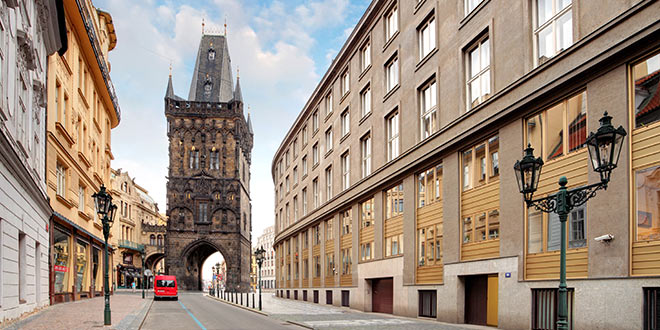 This frequently repaired Gothic Gate (Powder Tower) reminds us of the time when the Royal Court Palace used to stand here and the gate formed an entrance into Old Town. Powder Tower is one of the 13 original fortified gates to Old Town and today stands isolated next to the Art Nouveau Municipal House (whose interior was partially designed by Alphons Mucha). The 65-metre tall Powder Tower dates back to 1475 during the reign of King Vladislav II Jagiello. It was built to form one of the 13 entrances to Old Town. However, in 1483 the tower was left unfinished because the king moved to Prague Castle. The present Gothic look was shaped 200 years later. The exterior decorations, gravely damaged during the occupation of Prague in 1757, were reconstructed together with the gate in 1876. The gate acquired its name in the 17th century because it was used for storing gunpowder (originally called the Horská gate). The tower is the duplicate copy of the original tower which can be seen at Charles Bridge.

There is also a small exhibition about the tower and it is open for great views of the city.

Getting there: Metro B – station Náměstí Republiky 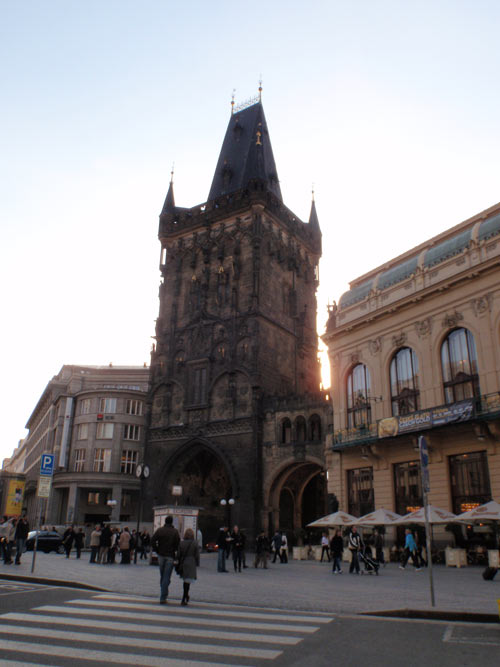 What to See in Prague