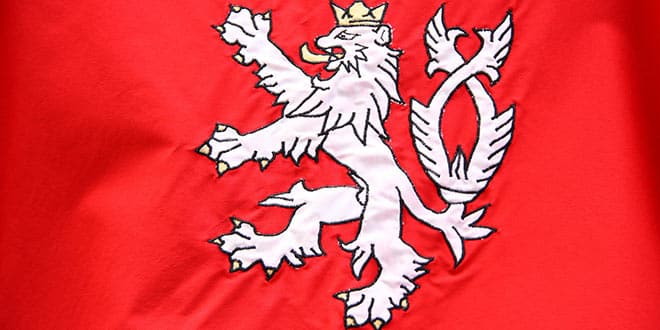 Founded in the latter part of the 9th century, Prague soon became the seat of the kings of Bohemia, some of whom also reigned as emperors of the Holy Roman Empire later. The city flourished during the 14th-century reign of Charles IV, who ordered the building of the New Town, the Charles Bridge, St Vitus Cathedral: the oldest gothic cathedral in Central Europe, which is actually inside the Castle, and the Charles University. Prague was then the third-largest city in Europe.

For centuries, Prague was a multiethnic city with an important Czech, German and (a mostly Yiddish, German-speaking) Jewish population. The four cities that previously formed Prague only unified in 1784 to proclaim the Prague we know today. These four cities were Hradcany, Malá Strana, Staré Mesto and Nové Mesto. In 1850 the city underwent further expansion when the Hebrew district Jozefov was constructed and in 1883 Vyšehrad.

From 1939, when the Nazis occupied the country, and during WW II, most Jews either fled the city or were killed in the Holocaust. The German population, which had formed the majority of the city’s inhabitants till the 19th century, was expelled in the aftermath of the war. Then Prague was controlled and governed by the Russians for nearly 50 years. After Prague’s 1989 velvet revolution, it was once again returned to its rightful possessor, the Czechoslovakian Republic and later the European Union, where a great deal of development has taken place ever since.

In 2002 due to the rains, the Moldava river overflowed, and Prague was flooded, and parts of the city were evacuated. The flood caused a great deal of damage, especially in Mala Strana, luckily not destroying any of its major attractions. 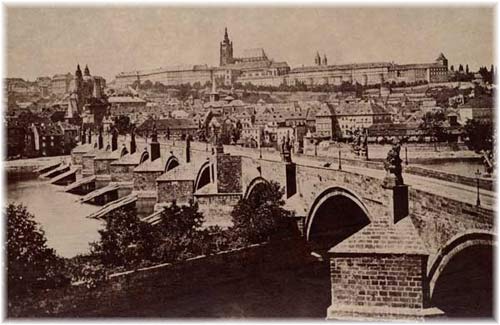 after 870: the foundation of the Prague Castle
after 926: the foundation of St. Vitus rotunda within the Prague Castle
10th century: the foundation of the Vysehrad Castle on the opposite Vltava bank
965: Prague first reported in the narration of Ibrahim Ibn Jakub, a merchant
973: the foundation of Prague bishopric
1085: Prague becomes the residence of the first Bohemian king – Vratislav I
1172: the construction of the Judita’s Bridge, the second stone bridge in Central Europe, was finished
after 1230: establishment of the Old Town
257: the foundation of the Lesser Town
1310-1346: John of Luxembourg rules as the king of Bohemia
around 1320: the foundation of Hradcany
1338: the foundation of the Old Town Hall – the importance of the city increases
1344: Prague bishopric upgraded to an archbishopric, beginning of St. Vitus, St. Wenceslas and St. Adalbert Cathedral (finished 1929)
1346-1378: the epoch of Charles IV – Prague becomes the capital of the Bohemian Kingdom and the Holy Roman Empire
1348: the foundation of the New Town and the first university in Central Europe (Charles University)
1419-1437: attempts by the clergy to split from the church result in the Hussite revolutionary movement (Jan Hus – the reformed preacher and martyr)
1526: Habsburg dynasty ascends the Bohemian throne (until 1918)
1583-1611: Rudolf II becomes the king of Bohemia, and Prague, the emperor’s residence, becomes the centre of social and cultural life
1618-1620: the defeat of the Czech nobles uprising; Czech language and Czech national consciousness begin to decline
1784: the union of the four hitherto independent Prague urban units (Hradcany, Lesser Town, Old Town and New Town)
1784-1848: a period of Czech national revival, the beginning of the industrial revolution, the establishment of Czech institutions
1918: the proclamation of independence of Czechoslovakia, Prague becomes the new state capital
1939-1945:  occupation by Nazi Germany
1945: the Prague uprising, the liberation of Prague by the Soviet army
1948: seizure of power by KSC after the February putsch
1968: Prague Spring – an attempt to reform socialism, the intervention of 5 states of the Warsaw Pact
1989: so-called velvet revolution, formation of the government of national tolerance, Vaclav Havel elected the president
1990: first free elections
1993: January 1, splitting up of the Federation, formation of the independent Czech Republic
1993: On January 26, Vaclav Havel elected the first president of the independent Czech Republic
2004: May 1, Czech Republic joined EU

Prague is said to be the Heart of Europe. In the past, Prague had been a busy crossroad for merchants.

The first inhabitants of what is today known as Prague were the Celts, who settled the Vltava valley in 500 BC. Later they were driven out or assimilated by the Marcomanni, a Germanic tribe. The first Slavonic tribes arrived in Bohemia around 500 AD. About three hundred years later, after a period of clashes, the Přemyslid dynasty established its position as the ruling family. In today’s Prague, the Přemyslids built two fortresses: Vyšehrad and the Prague Castle. In 863, two Greek scholars and theologians, Cyril and Methodius, came to Great Moravia to spread Christianity among its inhabitants. One of those who were among the first converted were Bořivoj Přemyslid and his wife Ludmila, grandmother of Saint Wenceslaus, the future Duke of Bohemia. Wenceslaus, a devout Christian, played an important role in Czech history and later became the patron of the Czech people.
One of two Prague’s fortresses, Vyšehrad used to be the one with more importance. It was the seat of Bohemian dukes; this is also the place from which Libuše, a mythical ancestor of the Přemyslid dynasty, prophesied the foundation of Prague when she said: “I see a great city whose fame will touch the stars”.

Later on, however, the power and influence shifted to the Prague Castle.
At the beginning of the 10th century, Prague became a flourishing settlement with a large marketplace, and many wooden houses later converted into stone buildings. Prague’s rulers invited many artisans and merchants, who found their homes outside the fortification and established their workshops there. A new town quarter called the Lesser Town was built up especially for them. The city flourished under Charles IV of the Luxembourg dynasty, King of Bohemia and Holy Roman Emperor. So-called “The Father of the Country” by the Czech people converted Prague into a magnificent city. He founded a university; many Gothic churches and convents were built by his orders and a bridge named in his honour – the Charles Bridge.

This glorious epoch of Prague’s expansion and boom was followed by a period of economic depression and religious conflicts between the Catholics and the Reformists fighting to reform the Catholic Church. At the head of this reformist movement was Jan Hus (also known as John Huss), a religious thinker, reformer and priest (the Bethlehem Chapel). During this period, many churches and secular houses were burnt down.

Under the rule of Emperor Rudolf 11, Prague experienced another period of growth and development. Rudolf brought the Renaissance and the significance of the most important ruler of Europe to Prague. Thanks to his passion for collecting art and his interests in science, Prague attracted famous scientists and artists such as Rabbi Low or Johannes Kepler. Many historical monuments in Prague originated in this period.

In 1619, a revolt of Bohemian aristocracy against Emperor Ferdinand 11 of Habsburg started the so-called Thirty Year’s War. But the Czech army was destroyed in the Battle of the White Mountain in 1620 (the White Mountain is nowadays a part of Prague), and a year later, 27 leaders of the revolt were executed at the Old Town Square in Prague. A difficult period of discrimination followed in which religious tolerance was abolished, all the non-Catholic population was persecuted, and the country was being Germanized. The persecution was led by the Jesuits, who had many churches in Prague rebuilt in Baroque style. They also built many new ones. This period is known among the Czechs as the Dark Age. Perhaps only infrequent visits by Wolfgang Amadeus Mozart brightened the mood of people in the 18th century. Since this time, Prague was no longer the seat of the Habsburg empire, and it started to lose its dominant position in Europe. The situation changed in the second part of the 19th century – this period is known as the Czech National Revival period. Many important Prague’s buildings were constructed at that time, for instance, the National Muzeum, The National Theatre, Rudolfinum or the Municipal House.

In 1918 Prague became again the capital of the newly formed state. A short period of so-called ‘the First Republic” gave Prague many remarkable buildings. Many worldwide known persons were born (or lived) in Prague. They were not only monarchs but also artists and scientists. Among the best known are Charles IV, Rudolf 11, Rabbi Low, Franz Kafka, Bedřich Smetana, Antonin Dvořák, Alfons Mucha, Jaroslav Hašek or Jaroslav Seifert.