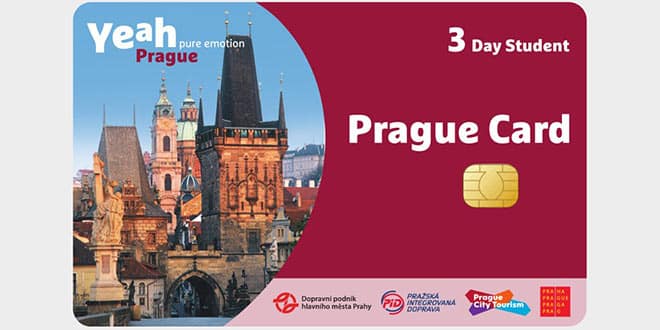 Prague Card provides even more convenience to tourists arriving in the Czech capital from April 1st. The tourist card has existed in various forms since 1992, and now, in addition to free entries and different discounts, it also includes fares for Prague’s public transport. Whether the fare is included in the card in the coming years will be decided by the card operator after one year.

Besides the possibility of using the card when moving around the city by public transport, it also allows the use of a free shuttle from the airport to the city centre and back using the Airport Express line, or a discount on taxi transport with Prague Airport Transfers. The card also includes a fare for the funicular on Petřín or a cruise along the Vltava.

Although the card will help save money for visitors to Prague and allow them to discover the city more easily, its use also has its pitfalls. If a tourist activates the card late in the evening, right upon his arrival, to get free transport from the airport to the city, this is counted as a full day.

The Prague tourist card had a paper and a plastic form in the past; today, it is an electronic smart card with a validity of two, three or four days. It can be purchased in information centres in the city and at the airport or other locations in Prague. Tourists can also order it online in advance.

Although in 2013, the Czech Republic was visited by 7.3 million foreign tourists, only tens of thousands of Prague tourist cards were sold.

There are more than ten places where you can purchase the card. The list of outlets and all relevant information can be found on the Prague Card website. Using a special calculator on the website, tourists can also calculate how much they would pay for access to selected sites without the card and how much it uses the Prague Card. They can then determine whether the Card is worth it for them or not.

The price of a two-day tourist card is 48 Euros (1280 CZK), while the children’s and student’s reduced price is 35 Euros (940 CZK). The full price of a three-day card is 58 Euros (1540 CZK), and a four-day card is 67 Euros (1780 CZK). Similar tourist cards also work in many other European cities. They are joined in the Association of European City Cards, which also includes the one in Prague.

Prices vary considerably. While in London, for example, a three-day card is up to 94 Euros (almost 2600 CZK), in Brussels, Belgium, you will pay 43 Euros (less than 1200 CZK). The inclusion of urban transport in the price of the card is standard.