Prague Is Favored More Than Miami or Las Vegas, Shows the Ranking 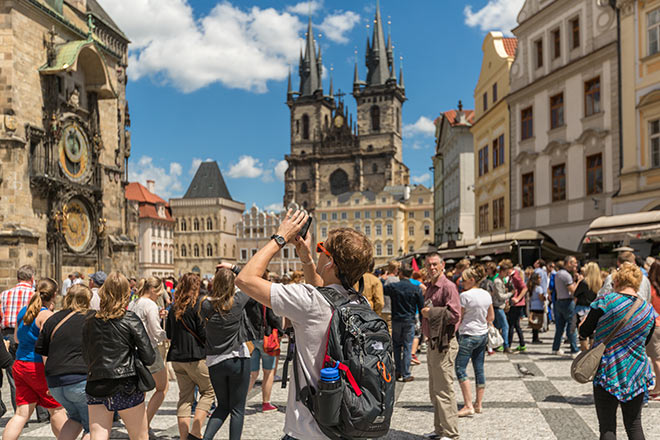 British company Euromonitor International, a strategic market research company, has published a list of hundreds of the most popular tourist cities this year. As CNN daily said, the largest player in the ranking is Asia, 41 of the top 100 ranked cities are from the continent. Hong Kong, which expects nearly 30 million tourists this year, has more than half of them from the Chinese mainland.

This year, Thailand’s Bangkok, which is expecting nearly 24 million visitors, is the second most popular tourist destination in the world. The top ten include Singapore, Macao, Kuala Lumpur and Shenzhen. Japan and India also recorded strong growth, especially the Japanese cities Osaka and Chiba. Their visits have increased by tens of percent between 2012 and 2017. London finished third, which is expecting a surge of nearly 21 million foreign tourists this year. Its traditional European rivals include the capital of France and Italy. Paris estimates 16.9 million tourists this year, while Rome 9.7 million.

Share
Facebook
Twitter
Pinterest
Email
Print
Previous articleBlue Zones Have Been Extended in Prague 6, Parking Spaces Are Mainly for Residents
Next articleThe French Pay the Highest Taxes of All; The Czechs Are Fifth
RELATED ARTICLES
News