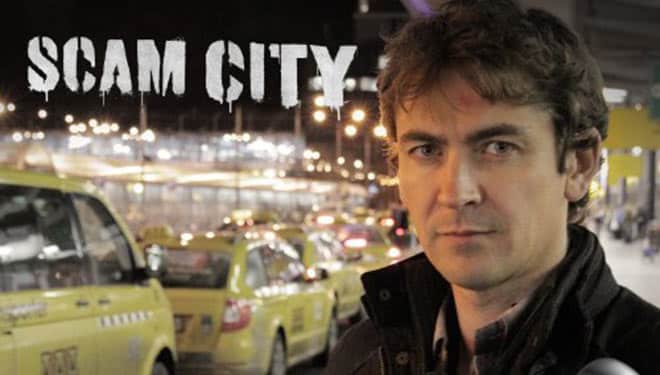 Prague Wants to Enforce an Apology for the NG Television Documentary Scam City; However, the Reality Is Even Worse Than the Frauds Detected

The capital city wants an apology from the Scam City documentary producers because the National Geographic documentary portrayed Prague as a place full of cheats. Prague representatives complain that the presenter, Conor Woodman, used hired helpers in the documentary and played staged scenes. But, as the story on Stream.cz proves, the practices described by Woodman are real. Moreover, they are much worse. 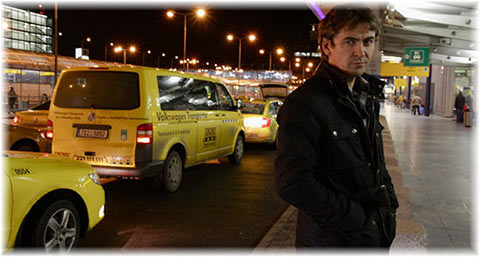 The findings of the police on the backstage of the documentary Scam City, which was reported in October, provoked strong reactions. The police say that Woodman didn’t shoot the real situations but artificially created scenes, whose protagonists were hired, actors. He shot, for example, as a taxi driver charged an unreasonably high price for a short ride and as a sausage-seller gave change for a two-thousand note as if it was a one-thousand note.

Management of Prague said the report is manipulative and detrimental to the city. The city then decided to hire a lawyer who will prepare for possible legal action. Councillor for legislation, Lukáš Manhart, has said that an adequate apology would be required. “We will discuss the form of the apology,” he was quoted as saying by ČTK.

It is said that the city is fighting to purify its name when it should rather fight to improve the situation and resolve the decades-old practices of some dishonest taxi drivers and money-changers sometimes charging fees.

You Can Bargain in Exchange Offices

The question is whether Woodman actually lied in the report or whether he just showed actual existing situations, but with the help of hired actors. A team of reporters decided to examine this issue. In the first part, they examined the Prague exchange offices; in the second part, they examined the taxi drivers. The result was, in both cases, worse than that portrayed by the National Geographic documentary.

A reporter posing as a foreigner tried to exchange $300 in several exchange offices in Prague. The findings were remarkable. He was offered 5432 crowns for that amount in one place, while elsewhere, it was 4493 – according to the worker behind the counter, it was because of the 20 percent commission.

Woodman was trying to exchange 50 Euros in his reportage. He was offered 1220 Czech crowns in one exchange office, while in another, it was 903 Czech crowns.

Four Kilometres by Taxi for 800 Czk

The reporter and his team focused on Prague taxi drivers in another part of the documentary. He decided to check the experience of Woodman, who travelled from Wenceslas Square to Old Town Square and paid 754 crowns. But to their surprise, the taxi driver charged them 820 crowns for the trip, which is about four kilometres long. The price per kilometre was, therefore, approximately 195 CZK, plus a 40 CZK entrance fee.

The reaction of a city policeman was disquieting since Mr Rubeš – still pretending to be a foreigner – asked him for help. He even offered a receipt from the taxi to the policeman. But the policeman gruffly shrugged his shoulders and said that it doesn’t work for the police.

Then the author asked another taxi driver how much he would charge for a ride back from Wenceslas Square to Old Town Square. He learned that the ride cost 500 crowns. The price written directly on the taxi reported that one kilometre is 28 crowns and the entrance fee is 40 crowns. The four-kilometre ride would cost, using that rate, around 150 crowns.

The Scam city documentary premiered last November in the Czech Republic. A filming agency, Zig Zag Productions, had shot it a year earlier for National Geographic.

“Fraudsters we were shooting were only alerted to the true reason for our production after Conor – the main actor – has become a victim of fraud. A notification [to] participants [of] shooting is standard practice. As a production company, we must obtain an authorization form from any person performing in the show. Participants are sometimes paid; it is also common practice. We compensate them [for] loss of income or disruption of the site,” said Brent Baker and Peter Day, producers from the Zig Zag company, a few weeks ago.

Undercover journalist puts spotlight on Prague’s taxi scams. When we watched this programm, I figured it was an easy try to find out who is actually right. So I said, let’s take our camera and let’s do exactly the same situations that he showed. We did it and we ended up even worse than Conor Woodman did. read more