DISCOVER PRAGUE!
HomeNewsPrague Sets Out to Fight Airbnb and a Flood of Tourists Writes...
News 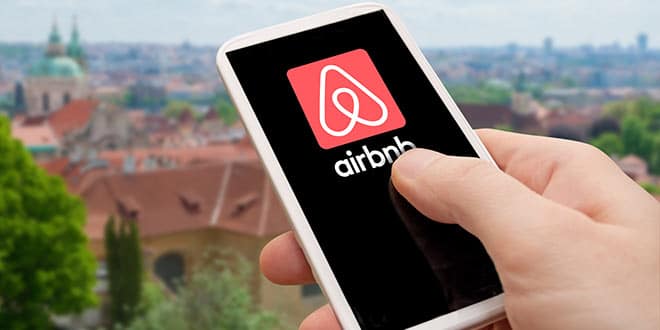 Prague has gained an unenviable reputation. It became the target of bachelorette parties, the so-called pub crawls. Now the city has proposed a “radical attack” against Airbnb because excessive tourism flooding Prague and expelling local people from the center, writes The Guardian.

According to Prague´s Mayor Zdenek Hrib, it should be possible to only rent a room through Airbnb, not the whole apartment. This idea is the main point of the program according to Hrib, which aims to return Prague to the locals and mitigate the negative impact of tourism. According to the Mayor, Airbnb’s growth has turned the city into a “scattered” hotel and the inability to curb this service “is eating the city from within“.

„In the past, you could limit the number of tourists in a city by simply approving a certain number of hotels with a certain capacity in the building permit process. As the Airbnb´s position is already established, Prague cannot limit the tourist accommodation capacity. The numbers are critical,” said Hřib to the British newspaper.

Prague is not the only city facing Airbnb, writes the Guardian. Some European cities have already introduced their restrictions on Airbnb and other similar services. Amsterdam has tightened the rules for renting whole houses to less than 30 days from the current 60 days in the last January. The government in Majorca went even further, and in 2018 banned all short-term rentals of Airbnb-type flats on the island after locals have complained in regards to the sharp rise in rent.

Zdenek Hrib pointed out that the current situation is far from the original idea of a sharing economy, which was to let tourists live with local people at home, prepare their breakfast and tell them something interesting about the city. “It is just a scattered hotel where you abuse the comfort of other citizens, locals, and you try to earn income at their expense,” said Hub.

He added that the best way would be to regulate Airbnb to preserve the original idea of the sharing economy. This means that it would still be possible to rent a room in the house. However, it would not be possible to rent the whole apartment unless it is occupied or to rent it throughout the year.

The Guardian recalls that Airbnb has recently seen a major victory. The European Court of Justice has ruled that it acts more as a “company service” than a real estate agency. It may thus avoid stricter regulations of municipal authorities.

Prague, which has about 1.3 million inhabitants, was visited by eight million tourists in 2018 alone. Back in 2000, it was only 2.6 million. The number of tourists should continue to grow, but the city’s infrastructure and finances are not ready, writes The Guardian.

Share
Facebook
Twitter
Pinterest
Email
Print
Previous articleThe Christmas Markets Began as the Christmas Tree in Prague Was Lit up, Accompanied by the Fairy Tales of Krkonoše
Next articleThe Number of Tourists in Prague Continues to Grow, Albeit at a Slower Pace
RELATED ARTICLES
News