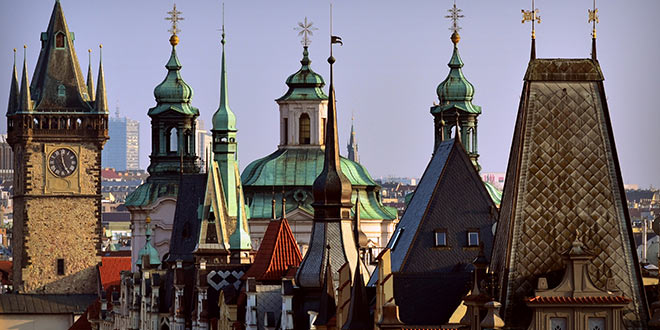 As any visitor to the city will know, tourism is an absolutely huge industry in the Czech capital Prague. Millions of people from all around the world visit the city every year – almost three and a half million in 2004, according to official figures just released by Czech Tourism. Prague was the sixth most visited city in Europe last year, with the greatest number of tourists from the United Kingdom.

Prague continues to be one of the most popular cities in Europe, coming behind only London, Paris, Rome, Madrid and Berlin in terms of the number of foreign visitors last year. And what’s more that number is increasing, says Czech Tourism in a new report.

But there has been an obvious change in where those tourists are coming from: after many years in which the greatest number of visitors came from Germany, in 2004 they were overtaken by the British, almost 600,000 of whom visited the “city of a thousand spires”. This change has been attributed to the wide availability of cheap flights to Prague from many British cities.