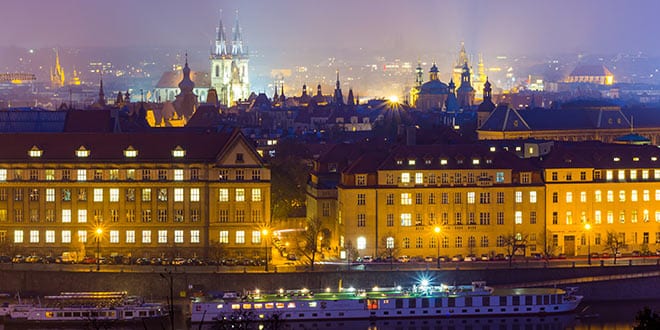 The mother of cities reads the motto on the coat-of-arms of the Capital of the Czech Republic. It was topical in the Middle Ages and the Early New Age, when Prague was the political head and until 1547 also the supreme court instance of the burgher estate, the counterpart of the nobility and the sovereign in the system of political power and self-government. However, the motto of the coat-of-arms can also be interpreted in another meaning: Prague is the primal city, not derived, not founded. It has been here from the very beginning, from the first written reports on the Czech state.

Prague Castle had dominated the valley along the Vltava rapids and fords since the end of the 9th century when the foundations for the fort and the seat of the Princes and later on the Kings of Bohemia were laid on the promontory above the left bank of the Vltava. Under the protection of the Premyslid castle, a merchant settlement flourished from the 10th century. In 968, an Arab delegation visited Prague whose interpreter, Ibrahim Ibn Jacob, described the city built of stone and lime and provided with an amply supplied marketplace. A few years later, Princess Mlada founded the first Bohemian convent in Prague Castle. In 973, the first Bishop of the Bohemian diocese settled in Prague, and Prague started to play its historical role of the HEAD OF THE KINGDOM OF BOHEMIA, a mighty and rich urban centre.

From the 13th century, it was a powerful, self-reliant and strong urban agglomeration with fast-growing commercial, manufacturing, cultural and above all, political influences on the whole country. In historical writings, the country’s history often merges with the history of Prague, as if it were impossible to separate the events of Czech history from the history of the city on the Vltava. However, Prague has also a dramatic and interesting history of its own while playing its historical and today again topical role transcending the state’s boundaries. Under CHARLES IV, it became the centre of the supranational medieval Roman Empire in which the ruler of Bohemia occupied the key position. In the shadow of Prague towers, Charles also founded the first UNIVERSITY in Central Europe in 1348, the spiritual and political activities that influenced the neighbour countries with equal intensity as the activities radiating from the Prague court of Rudolph 11 250 years later. The lights and shadows of twelve centuries have passed over Prague, but the city, thirty times as large as in Charles’ time, still ranks among the most inviting cultural and artistic points on the map of Europe. 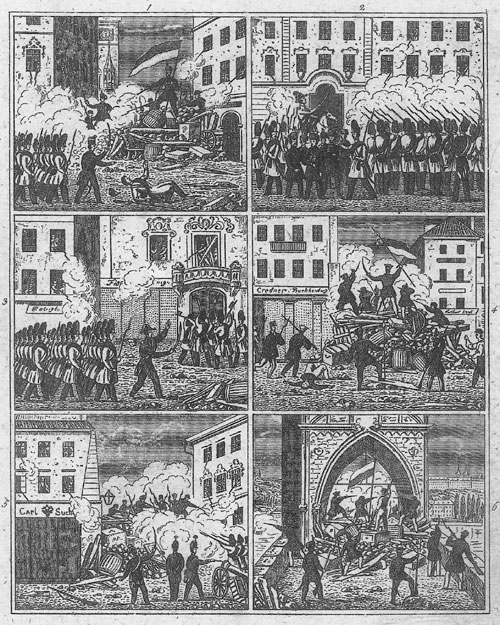