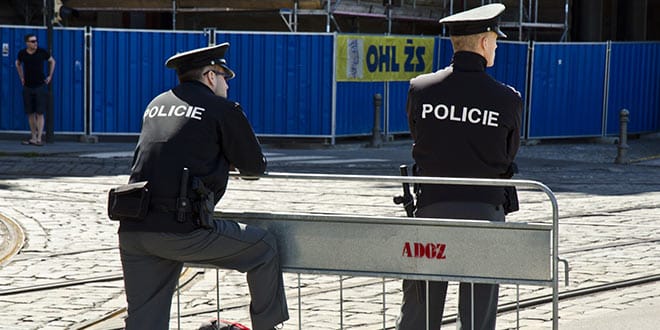 Prague – the beautiful capital of the Czech Republic – has many different things going for it. Couples are seen as a great place to go for a romantic break for the weekend and are also seen by the younger generation as a great place for a weekend of parties and fun. One of the darker sides to Prague though is the reported behaviour of the traffic police who reside there, who are often accused of unjustly and unfairly issuing fines to tourists who happen to walk in the wrong areas of the city. 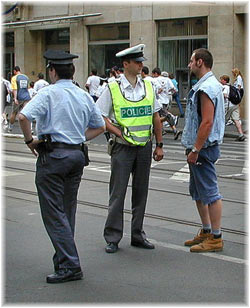 This might be a foreign concept – literally – many tourists visiting the Czech Republic because, in most countries, it is simply cars that are forbidden from entering a road that is closed off with a no entry sign. In Prague, however, it appears that pedestrians too are unable to enter these roads, often leading to confusion and therefore to completely unexpected fines and most would say unfair. The problem is that this is, in fact, the law, so however unfair the rules might be, the police are technically in the right – pedestrians should not be walking there, so they can be fined.

This is often considered a scam, though, is due to the hit and miss nature of the enforcement of this area. The police tend to only appear in the main epicentre of this problem – the small passage in front of the National Theatre – at around 10-11 pm, and they are absent from here for the rest of the day, presumably because they would be seen in daylight. This has led people to think that they are simply trying to trap people; they hide in the darkness and then wait for unsuspecting tourists to walk through before then issuing them with a fine. The fact that it is dark means that the signage is also difficult to see, therefore making the fine even more unfair.

On the plus side, this practice does seem to be slowing down somewhat and, although it does still occur, it is nowhere near as widespread as it was a few years ago. This is a great thing as it shows that the Czech tourist industry is playing a much greater role in the national economy and that even the police are starting to realize just how much Prague relies on tourism for much of its income. If they scare people away through their irrational ticketing policies, then they will lose much of what the nation has worked so hard to get in the past 20 years.

So, for those looking to head to Prague in the near future, be careful that you do not stray onto these streets and always try to look for signs with a pedestrian on a white background, surrounded by a red border, as these are the no pedestrian signs. Most tourists don’t find this practice to be a problem, though; therefore, you shouldn’t worry about it enough to dent what would otherwise be a great vacation to this wonderful capital city!