DISCOVER PRAGUE!
HomeNewsPrague Will Buy Arts for Streets, Sculptures Will Be a Part of...
News

Prague Will Buy Arts for Streets, Sculptures Will Be a Part of Public Constructions 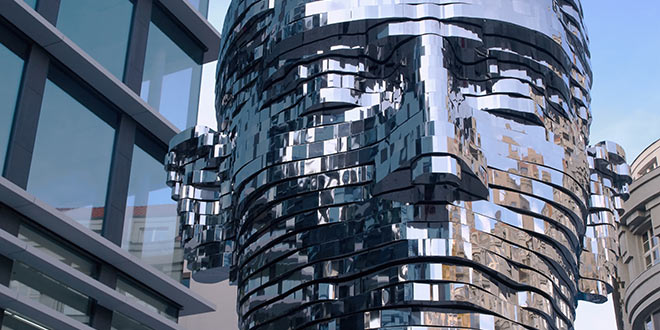 From the next year, the metropolis wants to buy arts for streets for 240 million Czech crowns. Works of art should be included in all investment projects of the city, including the reconstruction of schools, roads or sewage. Works of art should also attract tourists in Stromovka and near the Congress Centre.

Although the price of the most expensive sculptures of the world exceeds one billion Czech crowns, 240 million per year will also enable us to exhibit top-class works of art in the streets of the city. And that’s exactly the plan on which the metropolitan authority begins to work harder. Sculptures should be included in almost all investment projects of the city in the future; moreover, Prague wants to exhibit works also in places like Stromovka and near the Congress Centre.

For example, in the open space at the centre on Vyšehrad, a little cold place, the Chairwoman of the Committee on Culture, Eliška Kaplický Fuchsová  (ANO (political party)) imagines that a work by a world-famous artist is exhibited – of such calibre that will attract tourists with mobile phones prepared for taking selfies. “It has occurred to us that such artist could be Anish Kapoor, for example, who has created “The Bean”, a famous sculpture in Chicago,” said Kaplický Fuchová. According to her, also Stromovka near Šlechtova restaurace, Klárov or the Prague Exhibition Grounds, which the metropolis intends to reconstruct, need a sculpture.

The project has already been discussed by the coalition in the spring. After all, this was one of the conditions under which the Three-Party Coalition was willing to cooperate with ANO and the Czech Social Democratic Party. But now, it is necessary to fine-tune some details and rules.

The metropolis is to spend a total of two percent of investments on arts, which is 240 million out of the estimated twelve billion Czech crowns.

“One percent is to be spent on arts for every construction which will be realized by the city.  We want to use the other percent to buy already existing works and place them in a public area,” said Matěj Stropnický (Green Party / Three-Party Coalition), a member of the Committee on Culture. According to him, this requires two sets of rules to lay down the conditions for spending money. They have not yet started to work on this manual, but Stropnický wants to draw it up with the Prague Institute of Planning and Development (IPR) and with the Prague City Gallery by October.

A Sculpture on the Theme of Waste Water?

Besides Stromovka and the Prague Exhibition Grounds, this plan also involves the fact that if Prague paid for any large reconstruction of a school, a sculpture could appear in front of the school. The same also applies to roads or the repair of tram routes or the Waste Water Treatment Plant on Císařský Ostrov. Results may be funny and provocative – like the known Liberec bus station designed by the artist David Černý for four million.

“We would like to include investments in works of art in the 2017 budget,” added Stropnický. According to Kaplický, the first sculptures may appear in the streets next year. Or maybe, with a little bit of luck, this year.

As Václav Novotný pointed out for TOP 09, the opposition, the problem is that Prague makes hardly any investments because they are failing to complete projects. If this does not come better, there will be less money to spend on sculptures. “During the Communist regime, a work of art was also mandatory, and that’s why there were sculptures within housing estates or near the Prague Metro stations. Nevertheless, the works conformed to that time. I mean that what looks meritorious may be limp a little in reality,” added Novotný, who wonder if the metropolitan authority will make this idea happen.

The selection of the place and work will be crucial for many reasons. The sculpture of Franz Kafka near Národní třída, for example, attracts many tourists. On the other hand, the memorial to Jan Palach by the artist John Hejduk on Alešovo nábřeží leaves tourists cold so far, largely because of the environment which needs to be adapted.

IPR should supervise suitable placement in an area. On the other hand, gallery curators could be engaged in selecting works – if Prague agrees on it with the gallery. “We would like to actively express our opinion on a work of art itself,” pointed out Marie Foltýnová, Curator of Public Sculptures Collection in the gallery. A great number of sculptures in Prague are administered by the gallery. The total number is 290, but not all are exhibited in streets.