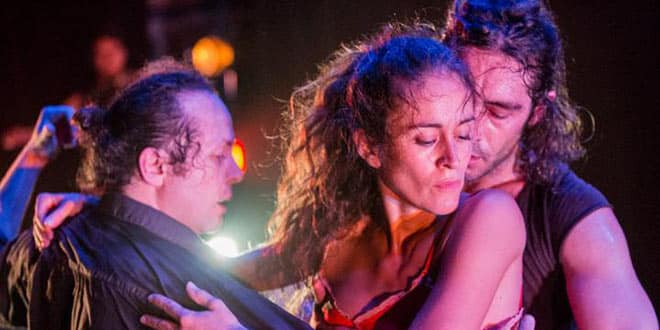 International festival of contemporary dance production and motion theatre. The festival’s mission is to inspire domestic artists and familiarise the general public with the art of contemporary dance. An integral part of the festival is the collaboration between foreign artists and the Czech dance community and discussions with media representatives. Since the mid-nineties, the festival’s attendance has increased dramatically, and many of the festival’s performances continually sell out. The interest of the general public and the media has led to a growing appreciation for the festival abroad. This recognition has also been reflected by the establishment of a permanent dance venue and the many invitations for the festival’s director to become a member of recognised international organisations and juries. Tanec Praha is a member of IETM (Informal European Theatre Meeting).

The festival’s history dates back to the summer of 1989 when the Prague Cultural Centre listed a few dance performances in the ‘Prague Summer Culture’ festival. But it needed to develop after November 1989 to become a really elaborate and unrestrained festival of modern dance, with its magnificent setup.

When: during the whole of June; Web: www.tanecpraha.cz
Tickets: from 350 CZK (most venues free of charge)
Venue: Main Divadlo Ponec in Zizkov district

For the year 2010 (each year program and dates vary), visit the website for more info.

The show was opened by Hungarian choreographer Pál Frenák called Twins, and a dance project of Chilean choreographer Sebastian Belmar with Czech ensemble DOT504. The festival that brings to the Czech Republic representatives of current dance and movement theatre from all over the world will take place in Prague until 29th June, and it will also present shows in eight other towns.

Over the last several years, the prize for Dancer of the Year was awarded together with the Sazka Award, at the end of the Praha Dance Festival, for discovery in dance, the most prestigious award in the field of current dance with a grant of CZK 400,000. Due to last year’s decision of the Czech sponsor not to support Czech culture, the prize is not awarded this year. For the holder of the prize Dancer of the Year, the promoters prepared a resident stay abroad and a grant of CZK 10,000. 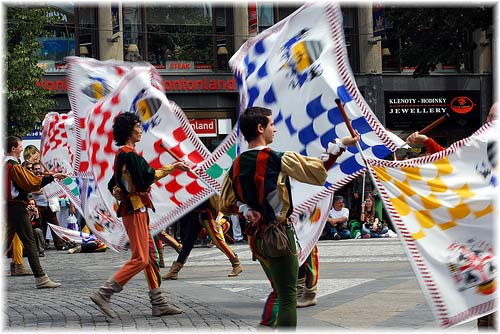 Today the promoters also award the prizes at the Czech Dance Platform Festival, which each April presents the best of Czech dance from the past season. The dance group ME-SA with the best average rating of 1.48, became a winner. It attracted foreign guests and visitors with its site-specific project, Echoes, presented in Palmovka synagogue.

VerTeDance created more than ten choreographies, and in 2005 received the Sazka Award for the title Silent Speech. Recently the group took a brave step by inviting even very small kids to the stage. Choreographers already prepared two scenes with kids, but they also work with children as pedagogues and thus participate in preparing the next generations of dancers and watchers.

In the show, Dr Touret Cases, released last November in Ponec Theatre, award-winning Tereza Ondrova and the other of the VerTeDance founders Veronika Kotlíková-Knytlová act together with actor Tomáš Měcháček and actress Anna Polívková who also directed the performance. She was inspired by Oliver Sacks’ book, The Man Who Mistook His Wife for a Hat; Sacks, the neuropsychologist, dedicates his practice to the interconnection of art and science – art therapy. More performance details are here.

The book mentioned acquaints the reader with the most interesting clinical cases from his practice and ponders the relationship between the brain and soul, or illness and soul. More book details are here. The Dr Touret Cases solves the basic problem: why do people dance, and is it possible to get free of the chains binding us through dance and movements? 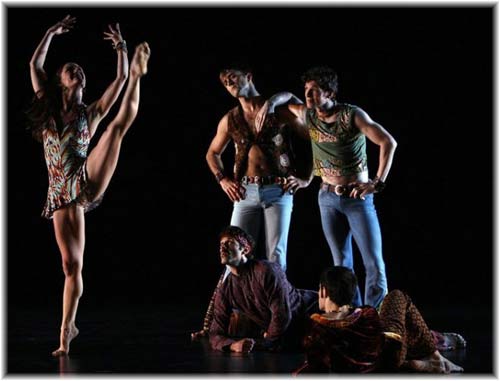 “Tereza Ondrová is an extraordinary personality, noted by international audiences already in previous years, and thus she was nominated more times. This year she has persuaded not only by her splendid movement abilities by also by unexpected comedy talent,” comments the Praha Dance Festival director, Ms Yvona Kreuzmannová, on the final selection.

The festival programme will again deal with three phenomena – the best local production, the newest European tendencies and the performance of a big world-famous ensemble. The high point of the Praha Dance Festival will be the presentation of Belgian ensemble Les Ballets C de la B, which will present on 29th June in Karlin Theatre their tribute to choreographer Pin Bausch who died last year.