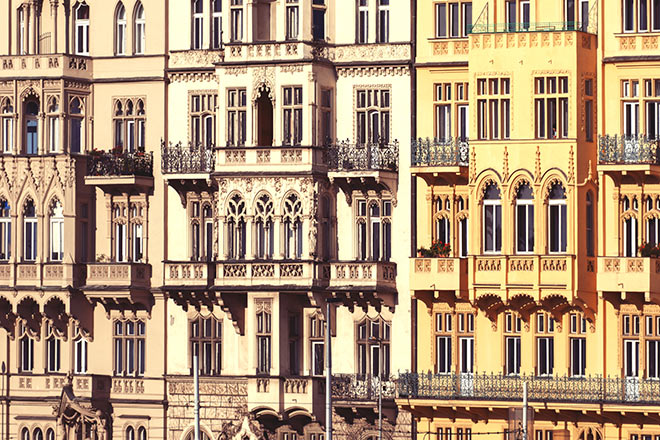 There are multiple ways of looking for the ideal flat. You could either ask an acquaintance or a real estate agent or visit a website specializing in real estate where you could browse through available offers. Each of these methods has its individual pros and cons, but one thing is nonetheless certain: rents are still rising, sometimes even by tens of percent annually.

Most people usually ask their family members or acquaintances first when looking for a new flat to rent. This method offers advantages both to the tenant and the landlord/lesser. The landlord will be getting rent from someone who generally isn’t unknown to him; furthermore, he will also have more confidence that the tenant will pay his fees on time. On the other hand, the tenant will often get the benefit of paying less, since again, the landlord can trust him more than he would a stranger.

“We would nevertheless still advise both parties not to be content with just an oral agreement but to write all the conditions down and sign them. This way, both parties can have a clear picture of their rights and duties,” states Lukáš Zelený, the Head of dTest’s Legal Department.

If you find yourself a flat through a real estate agency, you will be forced to pay a brokering fee. This fee could potentially be as high as two full rents, even though you never can be certain that your interests are being taken into consideration by the agency.

A flat can even be found on specialized websites that are displaying offers coming straight from the owners. The fees to these websites are paid by the flat owners themselves.

“We recommend getting the contract checked by a lawyer; it’s a fairly routine task that will cost you about 2000 CZK,” advises Zelený.

When searching for a flat, never be satisfied with the pictures only. Schedule a meeting and get to see the flat for yourself. Pay attention to its state.

In 2016, the rents in some locations rose by tens of percent when compared to 2015. According to Re/Max, people in Pardubický Kraj and Královehradecký Kraj were the most affected.

Prague Still in the Lead

“Newly built flats are pushing the prices up, which have risen by 5% this year according to local developers. The same goes for older flats whose owners also experienced a general rise in prices. The landlords thus want to use this rising trend and get the most out of their property,” states Milan Žák, Re/Max.