Running a Taxi Business With Uber Remains Illegal In Prague. The Law Is Preparing Tougher Penalties 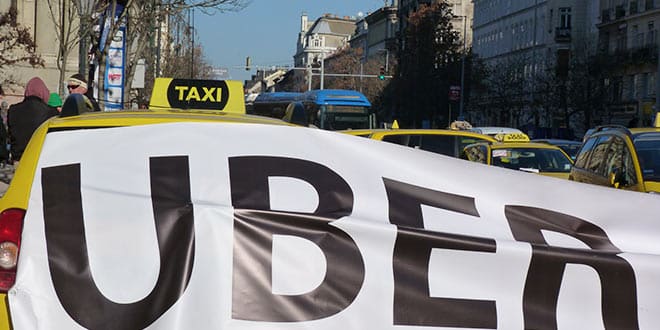 The representatives of Uber in Prague are persistently pushing for the legalization of the taxi business with Uber by negotiating with the authorities. However, so far, it does not seem that it will succeed. This is due to the fact that the currently proposed amendment to the Road Transport Act continues to place the company outside the law and even extends and tightens the sanctions that threaten Uber.

However, the proposed amendment (you can download the whole version here) is no “lex Uber”, but an update that mainly focuses on bus transport. However, a modification to the rules on the operation of a taxi service has gotten into the amendment. Even the modification is not issued in a downright “anti-berovsky” manner. However, it should complicate the life of dishonest taxi drivers and those who violate the regulations in general. However, nothing has changed about the fact that this group includes Uber.

Besides the most commonly known bad habit of taxi drivers – overcharging for rides – driving without a turned-on taximeter, a roof light, without the required documents (taxi license) or without the car being marked are in fact also considered to be offences. However, Uber does not require any of this from its drivers, and in fact, prohibits its drivers from using the light. The drivers are, therefore, already permanently violating this law.

Share
Facebook
Twitter
Pinterest
Email
Print
Previous articlePrague Will Prohibit Segway Traffic in the City Centre in Mid-August 2016
Next articleParking Zones in Prague Will Affect People From the Central Bohemian Region, the Region Asks to Postpone Them
RELATED ARTICLES
News