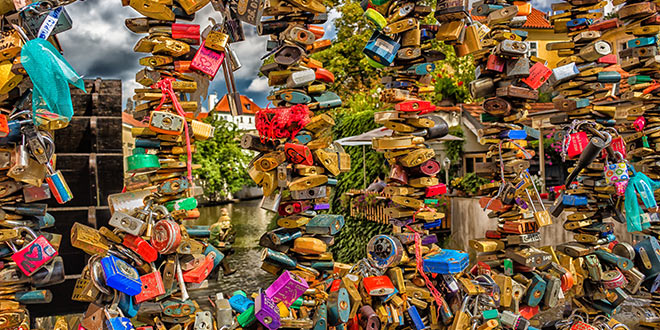 Prague is a beautiful, mysterious and marvellously romantic city. It is the right place to be during the celebrations of Saint Valentine’s Day. Just explore all corners of this ancient metropolis, stop at some of the typical cafés or restaurants, enjoy a ride on a horse team through historic downtown, or get on a boat cruise featuring dinner. Antique stores and fine boutiques hold intriguing gifts for that special someone. You can also roam the streets of Prague, which will host a Bohemian Carnevale during Saint Valentines’ weekend. The carnival will feature the march of masks, street gaiety, entertainment and excellent gastronomy. 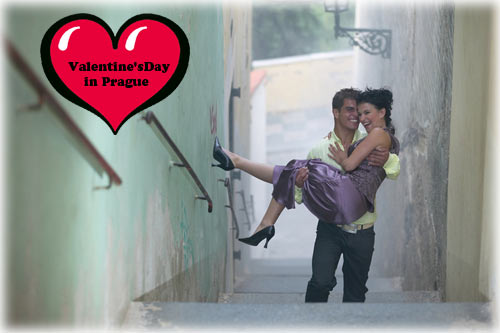 Visit the ninth Anniversary Wedding Fair held in the Hotel Diplomat in Dejvice from February, Friday 13th until Sunday 15th. Proceeds from a voluntary cover charge will go to the Tereza Maxová Foundation. If you decide to propose marriage or not, be aware that flowers inevitably belong to the holiday of Saint Valentine. Actually, on Saint Valentine’s Saturday, there begins an exhibition of orchids in the Botanical Garden. In addition, visiting the Zoological Garden on this day could be an excellent choice because it features a special program about how to tame animals.

The Saint Valentines’ afternoon could also be devoted to visiting the Náprsteks. Be not afraid, we do not entice you here to have a romantic celebration of four, it is actually an event organized by a Náprstek’s Museum, and it is truly called the Saint Valentine’s Day at Náprsteks. Its program will include a static museum exhibition and a play by Pierre-Henri Cami called “Eunuch from the Virgin Forest”. The actual visitors can participate in the realization of the play. The second part of the program will consist of a “round table” debate on Love in Different Cultures. It is evident that you will get familiar with the traps you could expect if you choose to seek your partner among the members of the different cultures. At the end of the entire entertainment afternoon (which will last approximately two hours), you will have a choice to test your creativity during the completion of your own Saint Valentine’s Greeting Card. The cover charge is 30 CZK.

That Saturday you and your children can also visit Žluté lázně (Yellow Spa), where you will be able to enjoy the Saint Valentine’s Day through the pleasures of winter. There will be entertainment in a snow park, a running track, bob sledging or children’s snow scooters. You will like that the cover charge to enter the “snow-covered landscape” will be free.

A vibrant program on Saint Valentine’s Day will be featured by Aquapalace Praha. The program will include contests for the couples (ride on an inflatable killer whale, water matches, rescuing your girlfriend, etc.) and romantic swimming by candlelights. Aquapalace Praha is the largest water park in Central Europe, and it is situated on the outskirts of Prague.

Nevertheless, the late Saint Valentine’s evening will belong only to the adults. There will be choices to attend various Saint Valentine’s “parties”, “balls”, “entertainment programs” and “discos”. Musical entertainment will be, for example, held by the following clubs: Občanská plovárna, Radost FX, Discoclub Pacha, the already mentioned Yellow Spa, and many others. Lovers of folk will appreciate the program held by Divadlo Miriam (Miriam Theater) featuring the band called “Zpětné Zrcátko” (Rearview Mirror) at 19:00. You could also visit a premiere of the Saint Valentine’s Masquerade of Painters, which will be held in the hall of the restaurant called “Ve mlýně” at Prague 4. The cover charge is 250.00 CZK. If you want to observe the dancing, you can do so in the Tropison Club, which will hold a truly exotic Saint Valentine’s party full of Latin-American rhythms. Here we advise you to make a reservation for your tickets.

As you can see, there will be many ways to enjoy Saint Valentine’s Day in Prague. If you want to be no part of the crazy celebrations and sometimes of the flagrant kitsch, there is a spot in Prague to eliminate such, and at the same time to feel this holiday through its original sense – the spiritual one. The place is Vyšehrad and its Basilica of St. Peter and Paul, which currently houses the remains of Saint Valentine (discovered here in 2002). On February 14, the Royal Collegiate Chapter House of St. Peter and Paul at Vyšehrad, in cooperation with the Center for Families at Archdiocese of Prague, will organize the traditional Pilgrimage of the Fiancées, which will be held within the scope of the National Week of Matrimony. On the program is a whole-day recollection (spiritual redemption) for the couples signed in advance and a holy mass at 15:30 in the Basilica of St. Peter and Paul at Vyšehrad. According to Jiří Musil of CPR, the holy mass is devoted to the public as well. 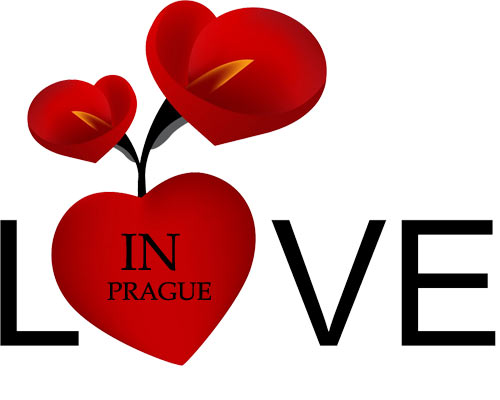