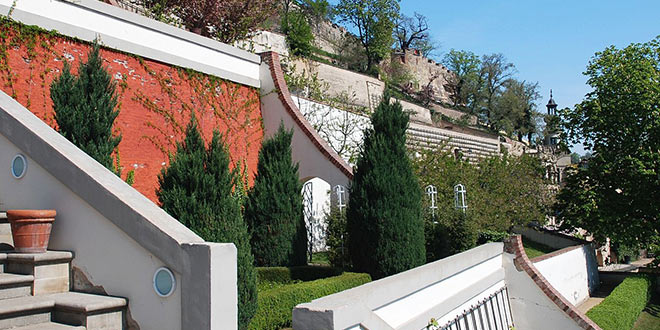 Occupying the long, narrow band of land below the Castle, South Gardens are quite small gardens linked together: the Paradise Garden (Rajská zahrada) with a circular pavilion, the 19th-century Garden on the Ramparts (Zahrada Na valech) has two obelisks, and the Hartig Garden has a Baroque music pavilion and beautiful statues.

The Paradise Garden dates back to the first half of the 16th century. Their current appearance was designed by architect Plečnik in the 1920s, along with the On the Ramparts Garden, which originally should have been a natural park. Hartig Garden with the Music Pavilion was added in the 1960s. The gardens provide a breathtaking panoramic view of Lesser Town, Old Town and nearby Petřín Hill. The opening of the gardens is announced daily at 10 a.m. by flourish played by the Prague Castle Guard buglers from the Hartig Music Pavilion. 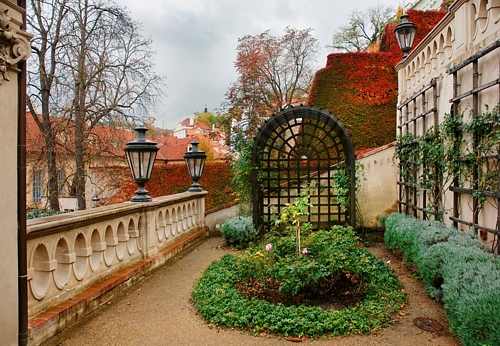