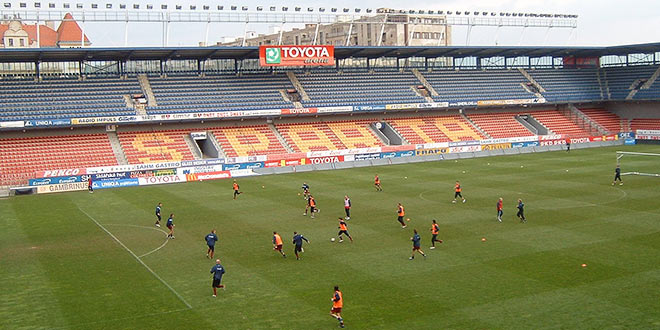 This football stadium is home to AC Sparta Prague and often hosts the Czech National Football Team for big international games. The stadium was built in 1917 and reconstructed in 2005 when the audience areas were renewed, new lights were installed, and a heating and watering system was placed under the grass. The volume of the playing field is 105×68, which meets the UEFA criteria. Today the arena can hold over 20,000 people but is rarely full for league games, with only international games, European competition and the derby against historic Prague rival Slavia drawing big crowds. The faint-of-heart should avoid sectors D3, D4 and D5, where Sparta’s more unpleasant elements tend to congregate. Serious trouble is rare, but games against Slavia and Baník Ostrava can spark violence.

The stadium has changed its name quite a few times in the past. It was formerly known as the Letna Stadium, then changed to Toyota Arena, and then again changed named after its sponsor, AXA (the insurance company). Now the football stadium is called Generali Arena.

The Generali Arena is 1.5 km from Prague Castle in the Letna Park area (a vast open space in Prague). Since the beginning, the stadium and Park Letna have been used as a venue for significant events. The stadium provides parking spaces for 50 cars, 2 buses and 8 technical vehicles. Additional parking is available in front of the stadium, with room for approximately 1200 cars and 120 buses. 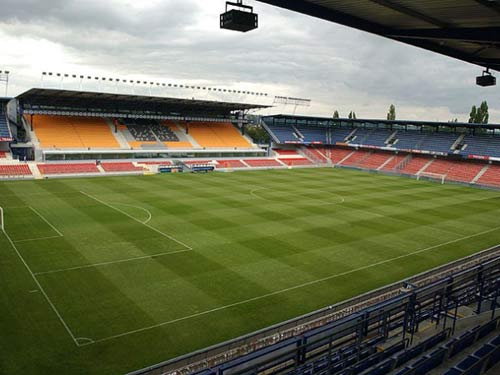