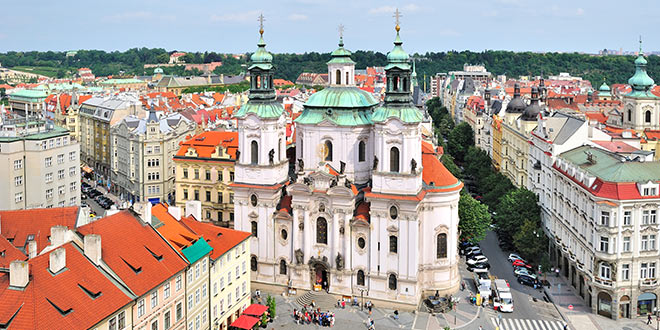 Historical sources mention this place of worship as early as 1273, originally as a parish church, where Hussitism and Reformation used to be preached. Later in the 17th century, the church was in the Benedictine possession and shortly after, the church was burned down in a fire. The new church was build designed by Kilián Dientzenhofer in 1732 and completed three years later. When, in the spirit of the Enlightenment, Emperor Joseph II evicted the Benedictines later in the 18th century, because they were not performing a useful function, the church was used as a warehouse and fell into disrepair. Not until 1871, when the Russian Orthodox Church used it, was the church returned to its original purpose. The only noticeable gem from the orthodox era is the splendid crystal glass chandelier. The 20th century brought new decorations, especially during World War I, when the occupying garrison commander invited local artists to restore Kosmas Asam’s frescoes of saints, Nicholas and Benedict, in the dome. Since 1920 the Church of St. Nicholas has been a Hussite Church, with beautiful greenish Baroque towers and a dome that can be seen from all over the old town centre.

Today church is regularly used for religious and classical music concerts. Not to forgot, mention that the church has a 2,500-pipe organ. 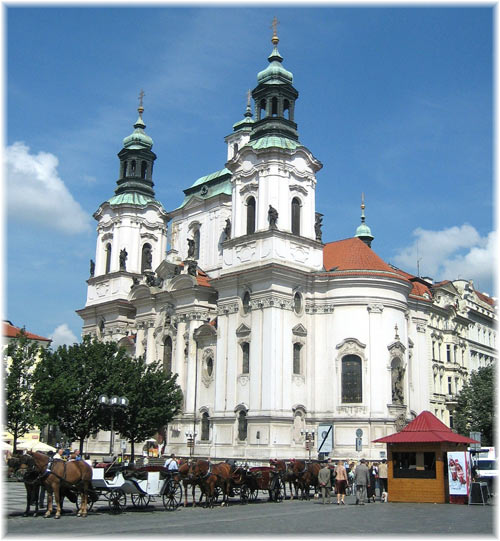 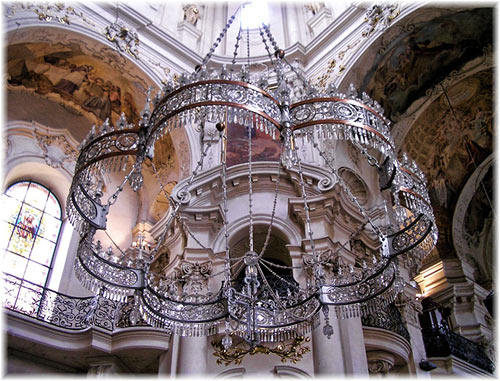