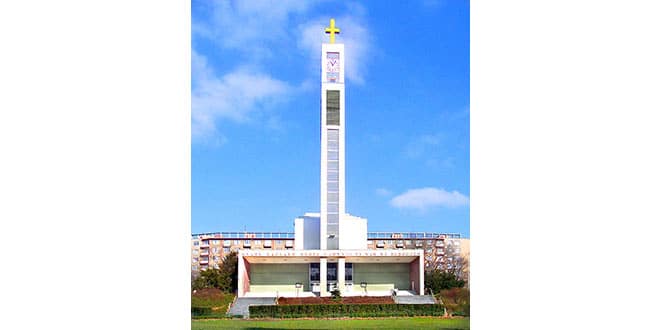 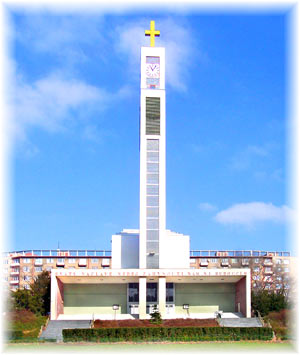 This distinctive, modern theological construction, with an unsymmetrical design, was erected between 1929 and 1930, crafted on the ideas of Josef Gočár’s. It’s believed to be among the most significant instances of Prague’s architecture from the interwar era. An eighty-metre towered prism, with a clock on top and across, zooms up from the church’s front. The architecture design selected from an architect’s competition involving more than fifty architects outlines a 3 aisle, skeletal, concrete, reinforced structure including a semi-circle shaped presbytery. This design further made full use of the erratic, bumpy terrain.

The inside of this church is straightforward. Čeněk Vosmík made the main altar’s cross and the depictions of the patron saints of Czech on the altar. The adjacent alter of the Virgin Mary was made by Karel Pokorný. At the nave’s end, there’s a big stain-glass window showing a horse ridden by St Wenceslaus painted by Josef Kaplický. Bedřich Stefan made the Way Of The Cross.

In 1996, different bells were placed in the church’s tower –  St Wenceslaus and St Ludmila.

On the 28th Sep 2010, at the front of the church, the figure of the nation’s patron saint, St Wenceslaus, was erected at the church’s front with a bronze statue. This statue was sculpted by artist Jan Roith, modelled on the 1929 design of Bedřich Stefan. The church is part of the Roman Catholic Churches.