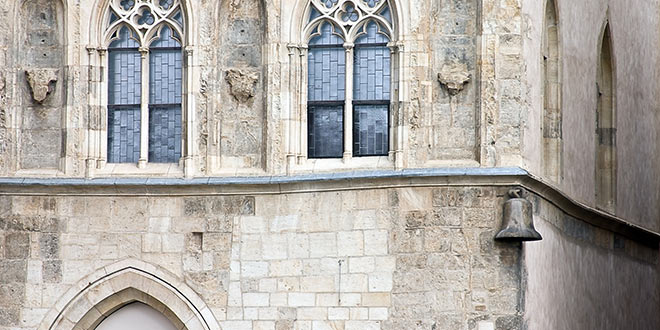 This unique Town Palace with Original Gothic Appearance is perhaps the most attractive building in the Old Town Square. The Stone Bell House hosts temporary exhibitions of contemporary art and musical events run by the City Gallery of Prague. 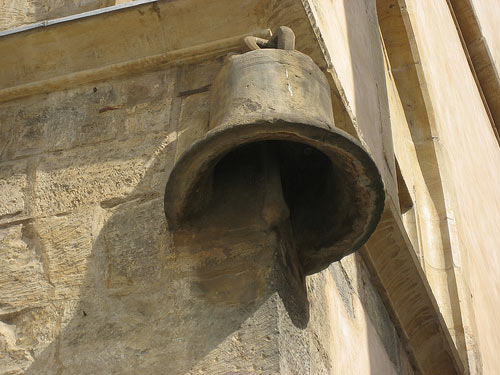 According to the latest construction and historical research, the origins of the Stone Bell House date from the second half of the 13th century, when a lengthwise building behind the monumental spiral corner with massive perimeter walls was built. The oldest building phase is preserved in the cellars and on the ground floor of the south wing. The second building phase followed in about 1310. There was a raised chapel with rich figurative and ornamental painted decoration covering the walls and the dome at that time.

The result of the building rebuilding in the second quarter of the 14th century was the representative municipal palatial house with the tower corner, which is remarkable evidence of the northern French-oriented court lodge that is a unique preserved example of this architecture type in Prague. The dominant feature of the façade richly decorated with gothic architectural components was created with plastic figurative decorations. Its iconographic theme celebrated the idea of the kingdom and the royal family – due to this, the assumption arose that the building owner was somebody from the royal court circle.

The typical house sign was placed at the corner of the building in the 16th century. After 1685 and in the 18th century, baroque adaptations of the building took place. Preceding a demanding restoration of the Stone Bell House, during which the neo-baroque facade from the 19th century was pulled down, extensive constructional and historical research was carried out, which revealed the Gothic facade. The restoration was finished in 1988, and the City assigned the building to serve as the GHMP exhibiting space for its important exhibition projects. In the building, there is a Gallery shop and in the rear part of the building is a café. 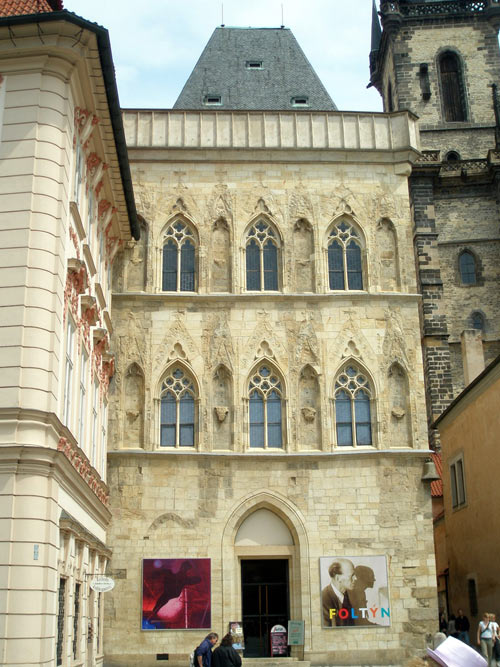