Some visitors consider it to be the most beautiful Renaissance city in all of Europe. Telč lies in the southwest of Moravia in the Czech-Moravian Highlands. It probably dates back to the first half of the 13th century. Telč underwent a great boom in the 16th century during the time of the Lords of Hradec. It was then that the original Gothic castle in the town was rebuilt in the Renaissance style, and the houses surrounding the main square took on their current appearance with arcades. The Jesuits were based here in the 17th and 18th centuries and left behind a whole complex of baroque buildings. The historical centre of the town was entered in the UNESCO Heritage list in the year 1992. The chateau and carefully preserved town square, ringed with Renaissance-style houses, outdoor cafes, and restaurants, make it an ideal place to while away a weekend. 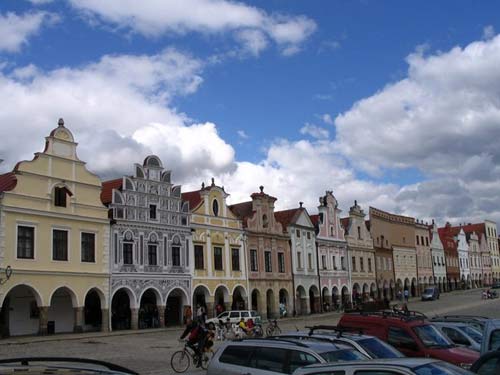 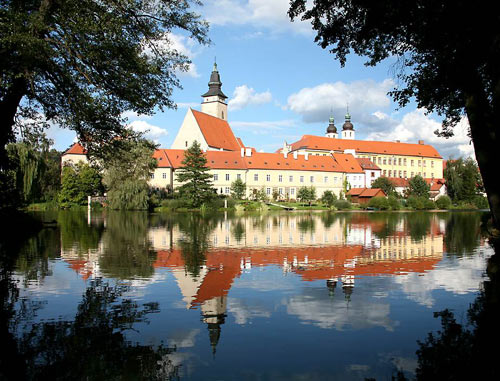 Tower of the Holy Spirit – 49-metre late Romanesque tower, the oldest building in the town. It was built in the first half of the 13th century as a watchtower.

Marble Hall – also called the Knight’s Hall, with a scagliola floor with a three-dimensional effect. With its coffered ceiling, the hall is a valuable example of Renaissance building techniques.

Castle – an originally Gothic castle rebuilt in the Renaissance style in the 16th century, since when its appearance and most of its interiors with period furnis¬hings have been preserved. The Highlands Museum and Gallery of Jan Zrzavý (a 20th_ century Czech painter) are on the castle grounds. The rooms once inhabited by the Podstatt family (the last owners of the castle) are open to the public.

Church of the Holy Spirit – Gothic, originally Romanesque church, belonging to the royal court and part of the residence of the royal administrator. Since 1922, it has belonged to the Evangelical Church of Czech Brethren.

St. James’ Church – founded at the same time as the town, destroyed by fire in 1386. It gained its present appearance in the middle of the 15th century. The 60–metre tower next to the church has two old bells, called James and Mary. At the end of the cloister dating back to the year, 1737 are memorial plaques to the victims of the two world wars.

Church of the Mother of God – according to legend, it was founded in the year 1099. The Gothic appearance dates back to the second half of the 14th century.

Town Hall – exceedingly valuable building, probably the work of Italian builder Baldassare Maggi, who worked in Telč for Zachariáš of Hradec in the second half of the I e century. It was created by joining two adjacent Gothic houses. Church of the Name of Jesus – originally a Jesuit church, finished in 1679. The baroque appearance has been preserved. The sideways orientation in relation to the main square is quite atypical.

Getting there: Directions: Bus from Florenc to Jihlava to Telč; three to four hours. Distance: 160 km southeast of Prague.