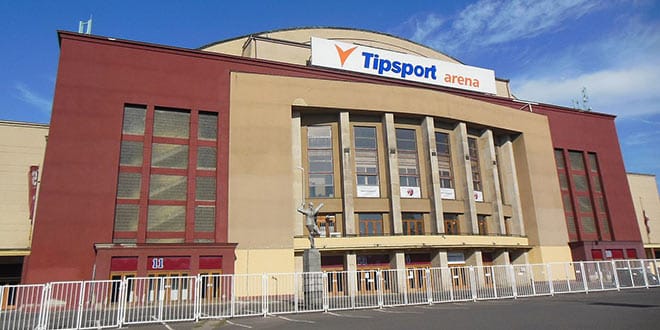 The Tipsport Arena (formerly known as the Tesla Arena or T-Mobile Arena) is primarily used for ice hockey. It is the venue of HC Sparta Prague, but it is also very often used for music concerts. The Tipsport Arena opened in 1962 as Sportovní hala. The Arena can hold up to 12,950 people. Also, every year it is the venue of a very prestigious synchronised skating competition.

The Tesla Arena is a large multi-functional building that can be easily altered for various events, ice hockey matches and music concerts, and exhibitions, fashion shows, etc. 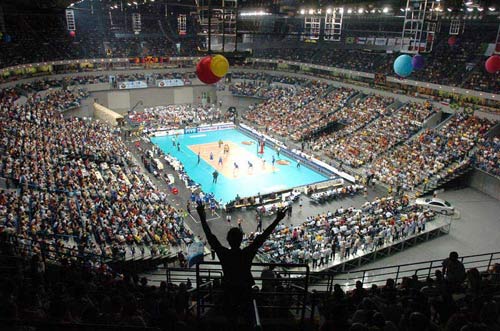 The building of Strojnicky palace was finished in 1907, a venue for exhibitions and fairs, giving the foundations for the present stadium. In 1952, the building would be rebuilt into a sports hall, but it took until 1958 to construct the present Arena to start. Using the six-frame pillars of the old building, it was rebuilt to a high technical standard.

The sports hall was opened in 1962 for the first time. The very same year, it hosted the World Championship in figure skating. Ever since then, it has been the venue for hockey games of Sparta, who moved there and started their career in the 1st league. In whole or in part, the Ice Hockey World Championships were held there in 1972, 1978, 1985, and 1992. The Arena hosted the 1980 Davis Cup final, where Czechoslovakia defeated Italy.

In 1990 Sparta managed to officially gain the venue as their home stadium for 30 years. It must be said they invest high amounts of money into the hall, even though some do not think so.
Getting there: Metro C to Nadrazi Holesovice; from there, it is just a five-minute walk.