The Beauty of Autumn Trees in Prague 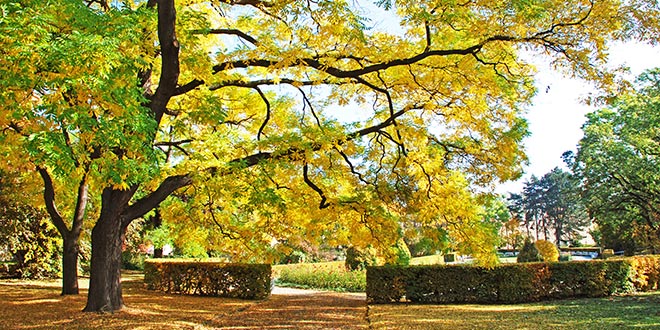 Prague is beautiful throughout the year, but it is fall that gives it its greatest charm with its bright colours. It offers experiences not only for lovers of historical monuments but also for those who love to spend time in nature. Kudy z nudy brings you seven tips for places to visit in Prague, where you will enjoy the beauty of the autumn trees the most.

When visiting these parks and reserves, you can take a nice autumn stroll or, for example, enjoy a picnic on one of the last warm days. Some parks also offer refreshments and can be used for sports or cultural activities. However, you will certainly find plenty of opportunities to gather new energy in any park you choose to visit.

At the place where the Battle of White Mountain took place centuries ago, there is an oasis of tranquillity where you can forget the hectic city life. The actual game reserve was founded by Ferdinand I of Habsburg in the early 30s of the 16th century. In the middle of the game reserve, his son Ferdinand of Tyrol built a pleasure palace of his own design in the form of a six-pointed star. Locals use the Hvězda Game Reserve field for recreation and sports (there is even cross-country skiing in the winter). Apart from sports, the game reserve also offers the possibility to be used for cultural activities – various exhibitions take place in the pleasure palace in the summer.

Stromovka, formerly known as the Royal Game Reserve, is one of the largest urban parks in Prague and was established during Ottokar II of Bohemia. Today Stromovka has many uses – it is often visited by runners, cyclists, skaters and other athletes. It also offers plenty of space for relaxing and is a popular spot for picnics. Within its grounds, you will find one of the largest planetariums in the world – the Prague Planetarium. You can combine a visit to Stromovka with, for example, a visit to the Prague Exhibition Grounds, which is adjacent to the game reserve. You can also get all the way to the Prague Zoo by taking a walk across the river.

A visit to Jelení příkop is a great opportunity to relax after a visit to the bustling Prague Castle. You can enter this gully under the castle complex from the Belvedere pleasure palace, for example. The game was bred here until the 18th century. In the nineteen-twenties, President Masaryk established a bear garden in Jelení příkop, and bears lived there until the fifties. Entry into Jelení příkop is possible until the end of October (it is closed to the public in the winter).

The Petřín Hill offers fun, nature, a view, education and history. The most popular way to get to the top is on the cable car, which is the oldest funicular in the country. Petrin is known mainly for its observation tower, which towers over Prague. It is only two years younger than the Eiffel Tower in Paris, but its location places it at a higher altitude than the top of her famous sister. Apart from the observation tower, you can also visit a mirror maze, the Štefánik observatory or the underground adit XXII on Petřín.

Havlíčkovy sady, which is also known as Grébovka, is a large park. Havlíčkovy Sady is the brainchild of the entrepreneur Moritz Gröbe from Prague, who had this park built around his magnificent neo-Renaissance villa. In the park, you will find a fountain, a pond, pavilions, sculptures and an artificial cave. Every year the grape harvest takes place. It can be visited this year on 23-24 October 2016. However, you can taste the wine here all year round, in a wine gazebo with a romantic view of the vineyards lying underneath it.

The Divoké Šárky nature reserve is wonderful and romantic, and it can be hard to believe that it is part of a big city. The place encourages quests for the history of our ancestors. A Slavic settlement was once situated here, and the area is thus also associated with the legend of “The Maidens’ War”, Ctirad and Šárka. Many visitors come here in the summer to the swimming area with clear water from the creek or to the Džbán dam. However, it is worth a visit from spring to winter. Divoká Šárka is also popular with rock climbers because of its many rocks.

In 2010 UNESCO put the Průhonice Park on the UNESCO list of world cultural heritage. The Chateau Park is located just outside of Prague and is a popular place for a quiet stroll among rhododendrons – it is also frequently used as a venue for weddings, and many a fairy tale was filmed here. The oldest monument in the Průhonice Park is a Romanesque church of the Nativity of the Virgin Mary, which was consecrated in the year 1187. You can combine a trip to the Průhonice Park not only with a tour of the chateau itself but also with a visit to the nearby Průhonice Dendrological Garden.