The Benedictine Abbey at St. Margaret’s 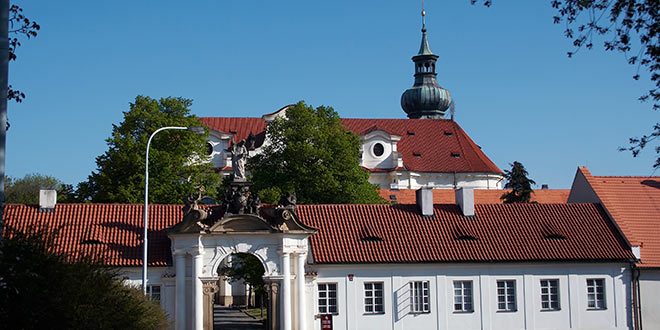 The second oldest monastery in Bohemia (the first of a male order) was founded by Prince Boleslav II and the second bishop of Bohemia, St. Adalbert, in 993. As was usual with the Benedictine order, it was built far from the centre of the future town amid a thick forest. The name of the district, Břevnov, refers to “břevno”, or a piece of wood, which reportedly marked the place of foundation. The Břevnov monastery had an eventful history. It was closed down under Communist rule but resumed its activities in 1990. 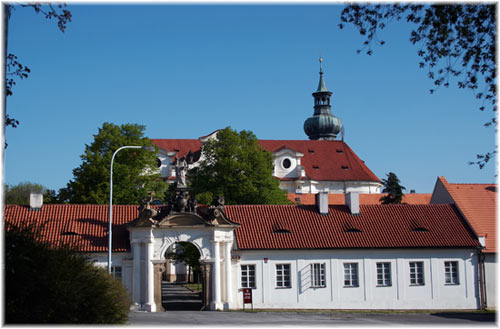 It contains ample evidence of the many centuries of its history, including a surviving Early Romanesque crypt from the early 11th century. The overall appearance of the monastery and the church, however, is in the baroque style. The Church of St. Margaret is a baroque masterpiece by the architect Christoph Dientzenhofer. Its interiors are remarkable in terms of both the use of the space and the de¬corations. The altarpieces are the work of outstanding Czech baroque painter Petr Brandt.

This monastery public house has a historical atmosphere, although many of its’ buildings, like the grand Chapel of Saint Margaret, date back to the Baroque period. Klášter dark and light beers haven’t ever tasted so perfect, perhaps because of the ambience: there are many open spaces, plenty of personalities and a warm winter’s hearth. Address: The Břevnov monastery in Markétská One