The Burning of the Witches 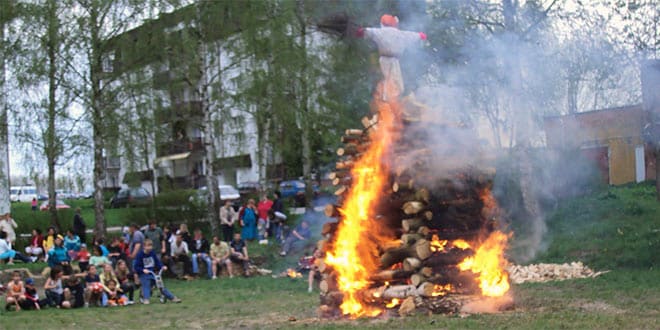 On the evening of April 30th, many Czechs gather to build a bonfire and prepare an effigy of the witch that kept winter around so long. Czechs used to believe that the power of witches would weaken as the weather got warmer. So they thought that if they made something that looked like a witch and burned it, they could finally get rid of the cold weather. First, they tie two large sticks together to form a cross. Then they stuff old shirts, pants and socks with straw and place a pointed hat on the top of the stack. The witch is tied to a broomstick and set aside until darkness falls. When the fire is roaring, people roast sausages on sticks, strum guitars, sing their favourite songs and drink beer. Everyone looks forward to nightfall when they will face the spirits of the witches. As soon as it’s dark, the effigy of the witch is brought out and held up for all to see. Then, with a heave of the arm, it is thrown on top of the bonfire. As the witch burns, so does the last of winter’s chill.

This tradition is mostly celebrated in the smaller towns and villages rather than in Prague. In Prague, probably the best place to head to is the Petřín Hill. 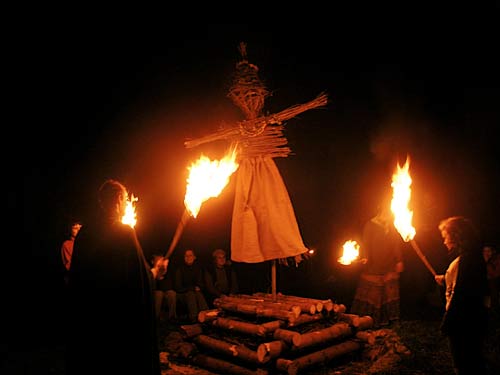