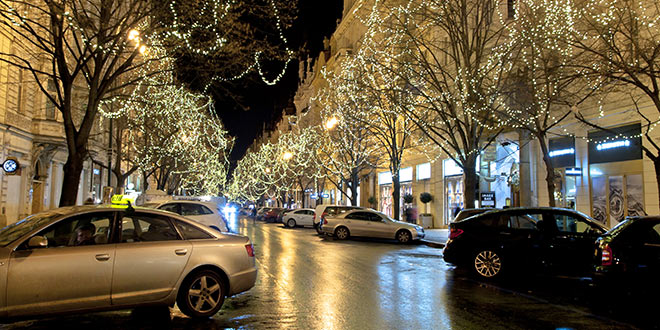 The taxi drivers will most likely lose one of their most advantageous “stepladders”. The government of the capital wants to prohibit them from entering Pařížská Street and the Old Town Square. That is one of the riskiest spots – the taxi drivers pick up tourists there and often charge them excessively high prices that by no means correspond with the numbers on the taximeter.

No entry signs could, therefore, be placed at the entrance to the street. The ban could be supplemented with additional plates bearing the inscription “apart from transport operators” so Pařížská Street does not lose the necessary connections.

This measure is being prepared in response to the frequent complaints of tourists and the checks of the magistrate and the police, who have been revealing the overcharging here.

Cleansing Pařížská Street from taxi drivers is only part of the magistrate’s plan. According to the mayor, officers could hand out warning leaflets in problematic spots such as Old Town Square and Karlova Street. There are already some airlines that warn their passenger of dishonest taxi drivers before they arrive in Prague. “These leaflets will primarily direct tourists to the public city transport. They will, however, also include contacts for all the dispatching centres and applications that operate in Prague. Officers will also warn tourists against fraudulent taxi drivers at these places, “adds Krnáčová. Dishonest drivers do not usually work under dispatch centres.

The local government of the capital city is currently planning to enter into negotiations with the Václav Havel Airport so that tourists can already find the leaflets with the warning and numbers for honest taxi drivers in the in-flight magazines.

Share
Facebook
Twitter
Pinterest
Email
Print
Previous articleThe Number of Tourists Staying in Apartments and Condos Is Increasing
Next articleAccording to the Authorities, Uber Is Breaking the Law in Prague. “We Are Not a Taxi Service”, Uber Defends Itself
RELATED ARTICLES
News