DISCOVER PRAGUE!
HomeNewsThe Czech Republic Is the 21st Happiest Country in the World, for...
News

The Czech Republic Is the 21st Happiest Country in the World, for the First Time the Happiness of the Immigrants Was Rated as Well 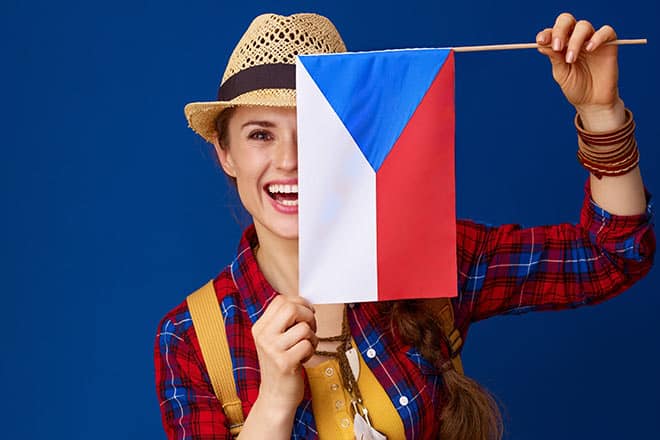 Finland is the happiest country in the world. It is stated in a report that is made by the UN every year. In the chart, rating 156 countries in the world according to a so-called index of happiness, Finland has claimed the first position that belonged to Norway last year. The Czech Republic’s rank had improved again when it moved up from the 23rd position in the last year to the current 21st rank. Slovakia, which was 40th last year, is now 39th.

This year the report also considered how immigrants are doing in particular countries for the first time. The happiness of the immigrants was judged in 117 evaluated countries. Other criteria that are taken into consideration when rating happiness is, for example, average life expectancy, social support, GDP, the rate of corruption, safety or freedom of decision, as said in the report of the UN agency for solutions in sustainable development.

Since the first publishing of this report in 2012, the “Scandinavian countries” dominate the chart of the happy countries. This year Finland at the first position is followed by Norway as the second, followed by Denmark, Island, Switzerland, Netherlands, Canada, New Zealand, Sweden and Australia.

Happiest Countries in the World Chart

A Harmony in Happiness of the Immigrants and “the Locals“

The economist John Helliwell, emeritus professor at the British Colombia University, who contributed to writing the report, pointed out that the top ten countries had the highest scores in the overall happiness of citizens and the satisfaction of immigrants.

„The most interesting discovery is a striking consistency in the happiness of immigrants and those born in the country, ” Helliwell said. “Migrants, who move to the happier countries benefit from it, while migrants moving to less happy countries are losing,” Helliwell added. According to him, the feeling of happiness in society is apparently contagious.

In Finland, which has 5.5 million inhabitants, there live 300 000 foreigners and inhabitants with foreign roots. Most of the immigrants in Finland come from other European countries, but there are also Afghanis, Chinese, Iraqis, or Somalis communities.

The Czech Republic and Slovakia are mentioned in the report along with other East-European countries as one of those that are least willing to accept migrants.

Happiness in the North Despite High Taxes

The United States fell from last year’s 14th position to 18th rank. The report lists several reasons for such a drop: “The US is experiencing a crisis of public health care, including an outbreak of obesity, opiate addiction, and depressive disorders.” The document also points out that the socio-political system in the United States creates a bigger difference in income than other equally rich countries, which is one of the main factors that contribute to the dissatisfaction of the citizens. Also, it is said that “trust, generosity and social support” are dropping in the US.

Executive Chairman of the Institute for Happiness Research, Meik Wiking, said that five of the Nordic countries, which regularly appear on the top of the list, can provide their residents with both a sufficient level of personal freedom and social security, which is an advantage over the fact that the citizens of these countries have to pay “one of the highest taxes in the world”. “In short, Nordic countries can well transform wealth into prosperity,” says Wiking.

Share
Facebook
Twitter
Pinterest
Email
Print
Previous articleComparison of Prices of Beer in the World: The Cheapest One Is Draught in Prague, in Oslo You Pay up to 250 CZK
Next articleHouse of the Black Madonna – Prague Jewell and a Magnet for Tourists
RELATED ARTICLES
News