The Czechs Are Cheap, but They Require Quality in Pubs 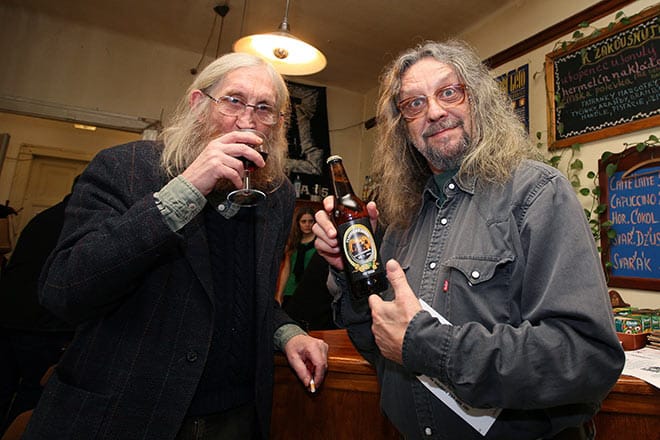 The Czechs give tips in restaurants but expect excellent food and pleasant and courteous service. They usually round to ten crowns, and in larger cities and better restaurants, it is not unusual to tip even 10 percent of their spending. They are not, for example, sold to the Americans, but on the other hand, they know that they appreciate quality.

If they are not satisfied with the service, they can insist on paying for lunch or dinner and getting the exact change from the waiter.

Barbora Krausová, from the Faculty of Business and Economics of Mendel University in Brno, found this in her research aimed at giving tips. “Among other things, it shows that only two percent of the Czech population completely refuse to pay tips. The reasoning is usually that both the chief and the chef have their proper wages,” said Kraus.

Tip Is a Reward Only

When approximately a decade ago, the Median company organized a poll-based survey, it found that tipping, at that time, was practised by approximately two-thirds of Czechs in restaurants. Today, however, the situation is different. An overwhelming majority of people follow the social standard to leave a tiny tip for good service and tasty food.

Approximately half of the 500 people in the Kraus survey have reported a dagger equivalent to five to ten percent of the paid total. Another quarter of respondents give a tipping rate of about 15 percent. Three percent of people paying for a meal will tip one-fifth to thank the chief, chef and business owner for this session. But if the soup is cold, the meat is not cooked, the staff is rubbish, and the tables are filthy, people will wait for the very last crown. A tip is for good service only and is not automatic.

For example, Americans pay a tip between 15 and 20 percent. In some countries, such as Italy, France, and Britain, it can automatically be included in the dinner receipt. Usually, this is a surcharge of ten percent. In the Nordic countries, however, this power is not used. “The biggest surprise for me was that many people said in the questionnaire that if they did not leave a tip for the staff, they would feel bad. Another shock was that the taste and quality of the food are only the third items we evaluate when we give a tip. First of all, we want a nice waiter and a nice environment. And to have significant hygiene,” Kraus said. She produced a list of 25 criteria according to which people decided whether or not to give tips. Cleanliness was in sixth place, which is quite high, i.e. only two bars for processing the food.

Time to Save Is Over

Therefore, according to her, the skilled waiter earns the pub more than anything else. As far as food is concerned, Czechs do not see too much importance in fast-food outlets or canteens. On the other hand, the ten percent also applies to luxury businesses where thousands of dollars are spent.

“I think we have lost the reputation of sailors in the world who are going to eat but are looking for cheap meals and tips. Ten percent more is also available in Austria, where quality restaurant services are a very common thing,” said Tomáš Hájek.

According to him, twenty percent in the world is not too common. “If I’m really excited about the business, for example, in Vietnam, I’ll give up about ten percent of the tip, and I’ll come back to some good ones once again. It’s a lot better for the restaurant,” he added.

Share
Facebook
Twitter
Pinterest
Email
Print
Previous articleThe French Pay the Highest Taxes of All; The Czechs Are Fifth
Next articleThe Number of Accommodation Visitors to Czech Republic During Last Year Was on the Rise. There Were More Than 21 Million Tourists Accommodated
RELATED ARTICLES
Tipping