The Exhibition Ground and Stromovka Park 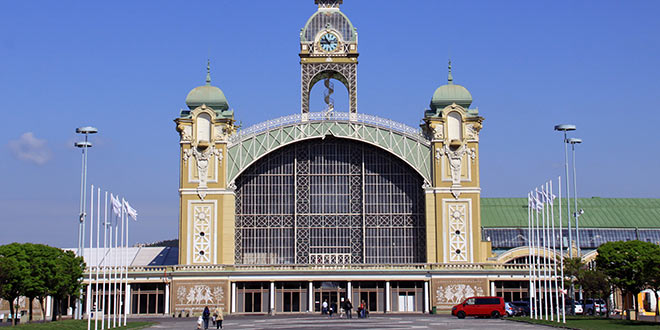 Stromovka was for many centuries a royal hunting ground before being designated a public park in 1804. Today its woodland, weeping willows, duck ponds and lakes provide a pleasant alternative to the sometimes hot and dusty city streets, and it is definitely the best place to escape crowds. The Exhibition Ground was chosen as the location for the Jubilee of 1891. It was extended into the present look in 1952-53. Its large buildings still host regular fairs, concerts and other events. 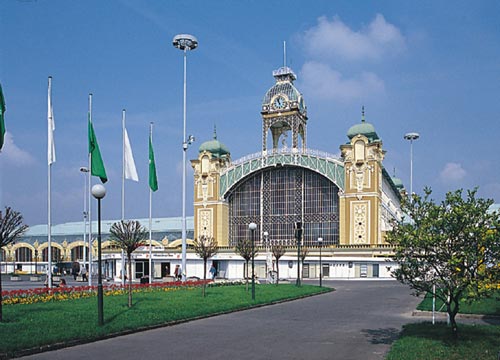 St. Matthew’s funfair marks the arrival of warm weather and features cheesy rides for children. The funfair pulls in a crowd made up of visitors with children and Prague’s young people alike.

There is also the Planetarium, just west of the Exhibition Ground.

Another attraction located here is Sea World. It is the biggest sea aquarium in the Czech Republic, where you can see more than 4,500 fishes and sea animals.

The Industrial Palace used to be the main building of the Jubilee Exhibition. It is still the centrepiece of many trade fairs and exhibitions. It consists of a central part with a 51-metre-high clock tower and two wings. The Industrial Palace was built in the Art Nouveau style in 1891. The palace is accessible during exhibitions, trade fairs and social and cultural events.

Lapidarium (open Tue-Sun). The former Pavilion of the City of Prague near the entrance to the Prague Exhibition Ground is now the Lapidarium, part of the National Gallery that houses a large collection of stone sculptures, mostly made in Prague between the 11th and the 20th century. The 400 best sculptures out of about 2,000 are exhibited there; the rest are kept safe. The Neo-Renaissance building opposite the Lapidarium belongs to the Academy of Fine Arts in Prague.

The pyramid in the lower part of Prague Exhibition Ground serves as a universal pavilion both for many exhibitions and also theatre performances. The height of the building is 40 metres.

The Tesla Arena is a large multi-function building that can be easily adjusted for various events, such as ice-hockey matches, music concerts, exhibitions, fashion shows etc.