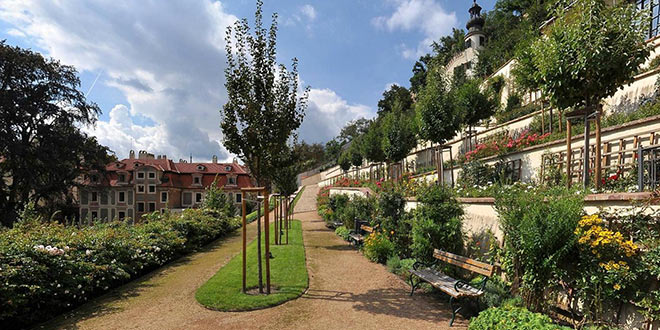 The Great Fürstenberg Garden is spread out around the Fürstenberg Palace. It was founded in the early 18th century by an unknown architect in place of the former vineyards. The Garden consists of two parts – the lower plain and the terraced back garden. A stairway passes through the Garden and leads up to a triaxial summerhouse that dates back to the mid-18th century. I.G. Palliardi made some modifications in 1790 – a fountain portraying Neptune was also founded at that time. It was bought in 1822 by the Fürstenberg family along with the adjoining palace. They engaged architect Josef Leibl around the year 1860 to change it into an English park. At about the same time, the lower part of the Garden was changed, and the fountain decorated by a statue of a boy playing with a stork was planted with greenery. The Garden is illuminated in the summer months. 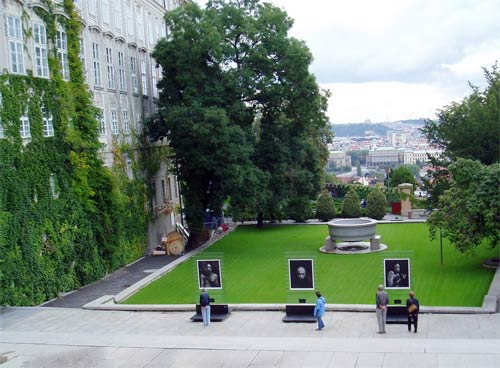 Open: daily from 10 am to 6 pm (in summer months from 9 am till 9 pm)
Location: u Prazskeho hradu, Prague 1 (Prague Castle Complex)