The Number of Tourists Staying in Apartments and Condos Is Increasing 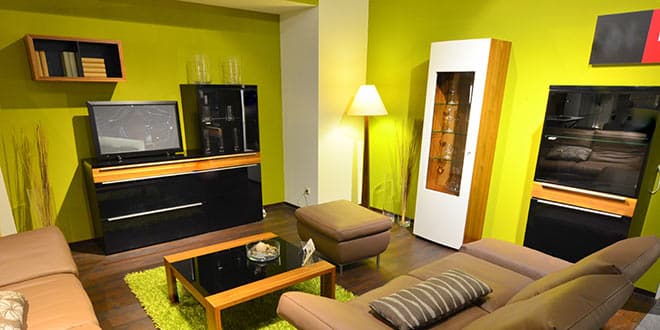 The Back Economy for Apartment’s Stays Is Growing

More than a quarter of the accommodation in the Czech Republic takes place in private due to dedicated web portals, and this fraction continues to grow rapidly. For the state, it means the risk of tax evasion.

The price of a room for two people in a three-star guesthouse in the South Moravian city of Valtice is nearly 1,700 crowns. For the same price in the nearby Mikulov, you can rent a fully furnished, nice apartment with two bedrooms, which can accommodate up to six people.

It is Valtice, according to the head of the Association of Hotels and Restaurants (AHR) Václav Stárek, where the offers of private accommodation are rapidly growing. It is enabled by the rapid takeoff of intermediary internet portals, among which the American portal Airbnb dominates. The “freeholders” offer tourists accommodation for about a third cheaper than traditional hotels, thus competing with them.

According to hoteliers, however, the reason for the good prices is the fact that the providers are offering accommodation illegally. They do not have to include state contributions or costs resulting from the need to comply with fire and health regulations in the price. “This kind of business is often associated with the grey economy without declaring revenues and levies to the state and often without checking and ensuring the safety of the guests,” says Stárek.

Airbnb disclaims any liability by saying that it merely provides services for a commission of several percent. According to the business conditions of the portal, tax compliance is the responsibility of the people who are offering the accommodation.

Among them is Jana from Prague. For around two months, she has been offering tourists accommodation for 300 crowns per night. “We live in a large apartment where we have a spare room, so we decided to use it. But we are relatively inexpensive, and incomes thus only cover about a quarter of the rent,” she says.

Although she plans to state the income in the tax form, she admits that she has no idea whether the provision of overnight stays is associated with further fees and duties. Hoteliers must, for example, pay a fee for accommodation capacity, notify the foreign police of guests and comply with fire and health regulations. All this is reflected in the final price of accommodation.

The Association of Hoteliers, therefore, urged the authorities in a letter to start dealing with this new trend. For the state administration, however, this is mostly a new phenomenon, and it doesn’t really know how to deal with it. The issue is known, however, to the General Directorate of Finance.

“People offering accommodation without declaring such income for taxation is a fairly common phenomenon. We, therefore, perceive this as a serious issue, especially due to the large number of people who are taking part in such unlawful conduct. We are intensively dealing with this issue, “says spokeswoman Petra Petlachová. However, she then goes on to say that the office has few people.

Capital cities abroad try to limit this type of accommodation by all means available. Guests being woken up in the morning by a raid conducted by officials asking whether they are just visiting or paying for the room is not the exception. Even Berlin, for example, completely banned the lease of rental flats to tourists over a year ago. One of the most pressing problems of the German capital is, in fact, the rental price explosion. The prices are also being pushed up by the 12,000 tourist apartments, which the residents then lack, while the hotels remain half-empty.

How much money the state is losing due to accommodations is not clear. Airbnb does not publish the figures for the Czech Republic. You can, however, choose from at least a thousand rooms, apartments and entire houses. The worldwide portal expects 24 million overnight stays for this year. In 2012, it was still only three million. Within three years, the number of mediated overnight stays is expected to reach 51 million. Due to this, the value of the company is an estimated $ 25.5 billion. It is the world’s third most valuable start-up on the ranking list of The Wall Street Journal.