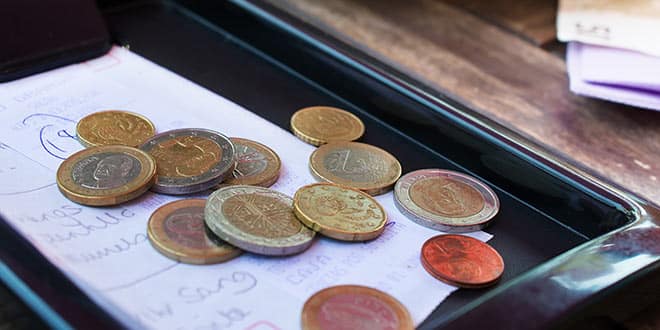 Tipping in bars, restaurants, taxis, hairdressers and beauty and massage parlours is customary. When leaving a tip, you can give the server the bill’s exact amount and say either to je dobrý or v pořádku (that’s fine). You may also leave a tip on the table.

It is usual in restaurants, pubs, cafés and taxis to round the bill to the next 10 CZK or 20 CZK, depending on your satisfaction and the total amount. For example, if your bill is 82 CZK, you might say 90 CZK or 100 CZK. In some restaurants, you might see a note on the bill reading ‘service is not included. If you wish to use %, generally, a 10% gratuity is given, though it is not necessarily expected and by Czech standards, this rate is considered generous. Tipping, however, becomes a problem when you are faced with bad service, which is rather ubiquitous in this city. Sometimes staff can be rude, so tipping becomes more of a judgment call rather than a rule.

According to the statistic, about 76% of the Czech population leave tips in Prague’s restaurants.

The Czechs Are Cheap, but They Require Quality in Pubs