DISCOVER PRAGUE!
HomeNewsTourists Are the Most Interested in the Czech Republic Since 2004
News

Tourists Are the Most Interested in the Czech Republic Since 2004 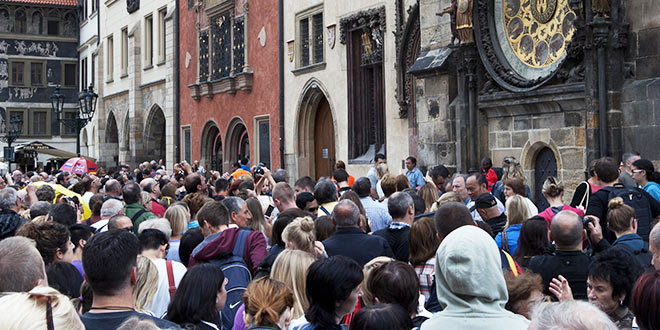 There is no doubt the interest of tourists in travelling to the Czech Republic is high. Yet the number of incoming tourists from abroad in the last quarter is a surprise. The number reached up to 1.9 million visitors, which is 13.5 percent more than in the same period of the last year. The last time we witnessed such an increase was 2004, as was published by the Czech Statistics Office.

The record growth was mainly due to tourists from Russia and Germany. During the second quarter of 2011, up to 158,000 tourists came from Russia, one-half more than in the same period of the last year. Also, the contribution of other countries was significant, such as France (21 percent), Spain (20 percent), Slovakia (11.8 percent) and Poland (9.5 percent). Significant growth was also in the statistics of the overall category “other Asian countries” (40 percent), which covers, for instance, tourists from India or Arabic countries.

“The increase of visitors from Asian countries meets our expectations and the prognoses of international organisations. These emerging markets have a great potential for the Czech Republic, and we are now working hard to use this opportunity,“ said Rostislav Vondruška, CEO of the CzechTourism agency. According to Vondruška, the Agency wants to promote the popularity of the Czech Republic in the new markets, for example, by means of films shot in the Czech Republic.
The increase of travellers from France was to a great extent due to the opening of new airline connections. According to some views, the statistics also reflect the crisis in Egypt, so instead of their favourite seaside resorts in Europe, the foreigners preferred other holidays in Europe instead.