Tourists’ Expenses by the Nationalities From Non-EU Countries 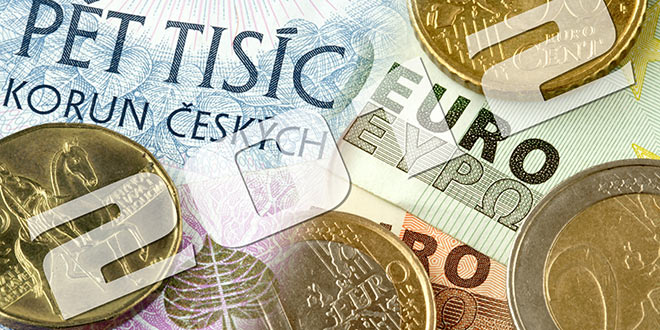 For the First Time, the Chinese Spent More Money in Czech Than the Russians, Each One More Than 20 Thousand

Chinese tourists during the third quarter of 2015 spent in the Czech more than Russians for the first time. From July to September, the Chinese visitors shared 33 per cent of the overall amount spent in Czech shops by tourists from non-EU countries. The average sum spent by Chinese tourists on shopping is 19 404 CZK. In the case of Russians, it is 7 172 CZK.

According to the company, the Chinese share of the overall expenses should keep growing. The average sum spent by Chinese tourists on shopping raised year-to-year from 15 935 CZK to 19 404 CZK. In the case of Russian visitor, it raised from 6 836 CZK to 7 172 CZK. This is implied by the data of Global Blue company which provides VAT recur for tourists from non-EU countries.

“Average expenses of a Hong Kong tourist doubled year-to-year to 28 thousand crowns, which is the highest average expense among tourists from non-EU countries,” said Jiří Macas, the agent of Global Blue company.

The Chinese Favour Jewellery and Watches on the Pařížská Street

Russians buy mostly fashion and clothes in Czech this year (65 per cent), watches and jewellery (13 per cent), electronics (4 per cent) or glass (3 per cent). Average shopping of the Chinese is remarkably different. In local shops, they spend the most money on jewellery and watches, which make for 41 per cent of their shopping. The popularity of this merchandise has improved year to year.

“In 2015 watches and jewellery became 13 per cent more popular compared with last year’s third quarter, which can be caused by the inflow of worldwide famous watches brands especially in the Pařížská street,” concludes Zuzana Roubíčková of Global Blue. Clothing makes for 40 per cent of the Chinese purchases, and Czech glass makes for 16 per cent.

Fifth more Chinese tourists came to Czech last year, 211 thousand altogether. According to the estimations of Czech travel agencies, this year their amount will rise to approximately 270 thousand. This should also be enabled by a new airline. Chinese Hainan Airlines started providing a link between Prague and Being in September, and the airline will be supposedly used by approximately 60 thousand passengers per year.

Share
Facebook
Twitter
Pinterest
Email
Print
Previous articleMost Tourists in Prague Save on Both Food and Presents. However, Some Nationalities Make an Exception
Next articleDrunk Driver “Scrubbed” Parked Cars With His Taxi, Breathed in 1.5 per Thousand
RELATED ARTICLES
News