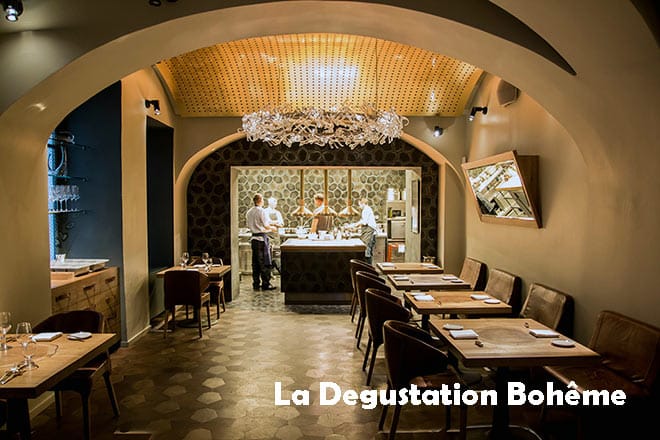 The holders of the Michelin Star were stressed to the last moment. Last year, for example, the inspectors invited chefs for a gala evening to anticipate in advance that they will receive the award. This year, they were waiting for the result at the Michelin Guide website, as the commissioners evaluate the restaurant, according to Klára Stadlerová of the Field restaurant:

“On average, they say they come three times a year. When a Michelin commissioner was here for the first time, he introduced himself afterwards, talked to the chef and the restaurant manager, asked them about the raw materials and procedures. But we didn’t know about the other commissioners.”

They managed to defend the Michelin star for the third time. There would be no star without the work of the whole team, says chef Radek Kašpárek, whom you can also see in the jury of a television cooking contest. As he revealed in one of the interviews, guests often want a pigeon. He also makes small sausages from pigeon’s thighs. And the Michelin restaurant has other specialities; for example, smoke coming out of their meals. For instance, the lamb is watered here with a hot broth of needles and juniper, and it beautifully scents the whole table.

The Menu Is Based on the Supply of Farms and Fishermen

The chef of La Degustation Bohême Bourgeoise, Oldřich Sahajdák, says that the basis is the fresh ingredients. The day at the restaurant starts with a phone call to a farm, mushroom pickers, or a fish shop. And the daily menu is based on their offer. He tries to cook according to old recipes. For example, dill or sirloin sauce is cooked here for almost a whole day.

But it is worth the effort. In addition to the award, the award-winning restaurants also obtain brand-new clientele, says Klára Stadlerová of the Field restaurant:

“The Michelin restaurants have a huge base of fans, who travel directly to Michelin restaurants, so it’s a big plus when you have the star. We work with a limited number of seats we can handle because there is also a very complicated service for the Michelin meals.” The number of evaluated Czech establishments in this year’s guide decreased from 33 to 31. But three new facilities were discovered – Benjamin, Levitate and Salabka – and conversely, five disappeared. As reported by the Michelin press release, the very presence of a restaurant in the Main Cities of Europe list is a huge success for its owner, chef, and staff.