DISCOVER PRAGUE!
HomeNewsUnderground Station Nádraží Veleslavín Will Get Escalators Worth of 33 Milion
News

Underground Station Nádraží Veleslavín Will Get Escalators Worth of 33 Milion 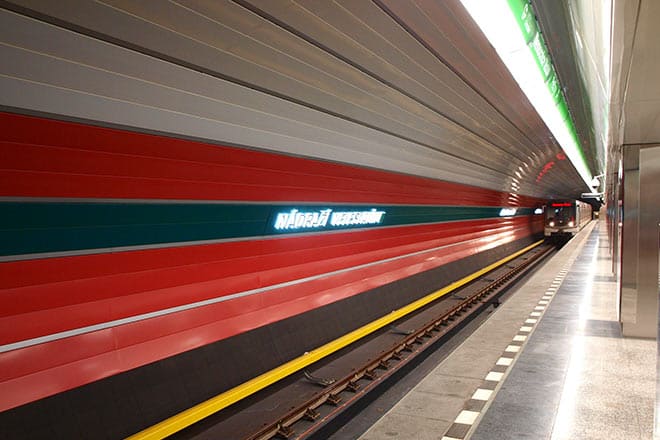 In 2015, the new underground station Nadraží Veleslavín was opened, from where the passengers can get by bus to Václav Havel Airport. The opening was connected with a huge surprise, as no exit had an escalator. People had to carry heavy luggage to the stairs. Even porters didn’t solve the problem. Finally, the municipal authority decided to build escalators.

Originally, there were no escalators planned, and many people complained about their absence. “I understand the fact that originally, this station was not meant as a connection to the airport. But, in my opinion, there was enough time to modify the project. Nádraží Veleslavín is essential for passengers travelling to the airport. Daily there are hundreds of people with heavy luggage. It was a shame that they had to carry them to the stairs, so I am glad we will fix the problem,” city mayor Adriana Krnáčová said.

Transport company claimed that in the past, the original project was meant to connect it to the speedway to the airport and not to the bus. And that the change could endanger the European subsidies.

„At the exits to the bus station, the measurement of the ratio of passengers with heavy luggage was performed, and it was decided that building escalators will be the best and for passengers the most comfortable possibility,” said CEO of DPP Martin Gillar with the information, that first passenger will use those escalators next April.

Two escalators with a width of 800 mm will be built in the direction of bus departure from the terminal. A shelter will also complement it for buses to Slaný. Total expected costs account for about 33 million crowns.

Because of the construction of the new escalators, there will be temporary limitations. Station for lines 119 and 225 is moved to old bus turnaround on the street Vokovická.

The station for city buses (Slaný, Louny) is moved to the back part of the turnaround.

Warnings and information are available on information boards, both underground and on the street.