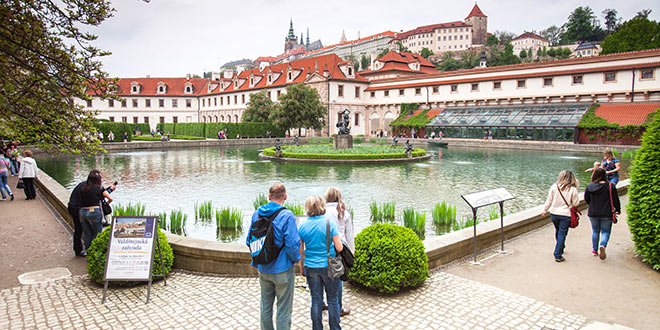 Albrecht von Wallenstein, the onetime owner of the house and gardens, began a meteoric military career in 1622 when the Austrian emperor Ferdinand II retained him to save the Swedes’ empire Protestants during the Thirty Years’ War. Wallenstein, wealthy by marriage, offered to raise 20,000 men at his own cost and lead them personally. Ferdinand II accepted and showered Wallenstein with confiscated land and titles. 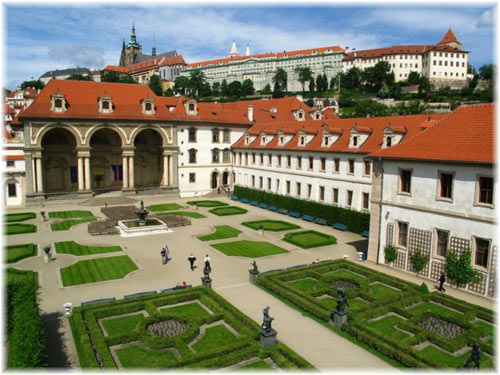 Wallenstein’s first acquisition was this enormous area. Having knocked down 23 houses, a brick factory, and three gardens in 1623, he began to build his magnificent palace with its idiosyncratic high-walled gardens and superb vaulted. Renaissance sala terrena (room opening onto a garden). Walking around the formal paths, you’ll come across numerous statues, an unusual fountain with a woman spouting water from her breasts, and a lava-stone grotto along the wall. Most of the palace itself now serves the Czech Senate as a meeting chamber and offices. The palace’s cavernous former Jizdarna, or riding school, now host occasional art exhibitions. 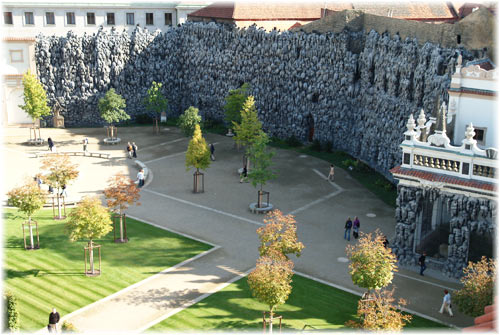