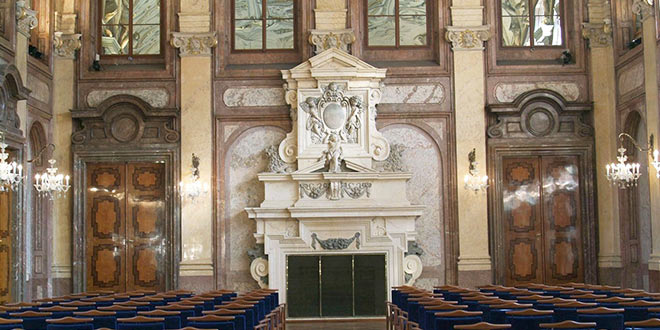 If you walk towards Malostranská metro station, you will pass the high walls of Waldstein Palace (Valdštejnský palác). Completed in 1630, this vast Baroque palace was built as a monument by Count Albrecht von Wallenstein (1581-1634) to himself. The palace’s glory was supposed to overshadow even Prague Castle. The house remained in the hands of the Wallenstein family until 1945. After the Second World War, the palace became Czechoslovakian state property and was renovated to house government offices. Today, the Senate of the Czech Republic operates out of the main palace buildings. Wallenstein Riding School is used as a branch of the National Gallery in Prague. The challenging restoration of the main building began in mid-1999. The marvellous main hall has a ceiling fresco of Wallenstein portrayed as Mars, a painting by Baccio del Bianca. Other historically valuable parts of the palace are Knights’ Hall, the Antechamber, Audience Hall and the Mythological and Astronomical corridors. The Italian interior of the palace is in beautiful harmony with Wallenstein’s garden laid out in the Renaissance style. The palace is also used for concerts and state occasions, but you can enter the gardens and enjoy the formal lawns, fountains and statuary. In the building are housed copies of works by the celebrated sculptor Adriaen de Vries – the originals having been stolen during the Thirty Years War. 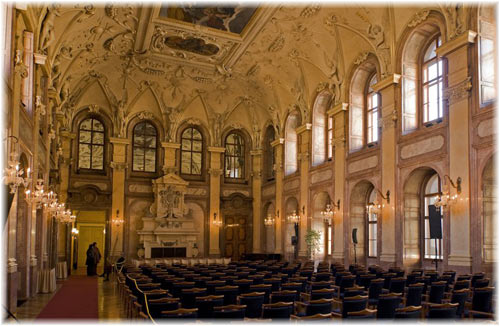