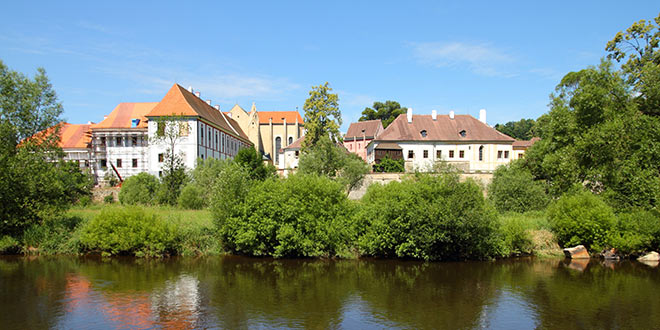 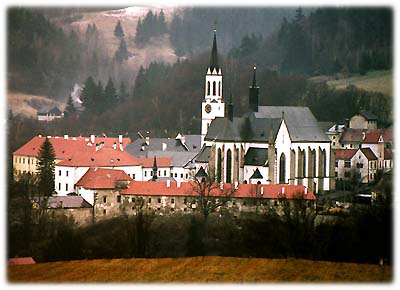 If you opt to take a river cruise, your likely final destination will be this abbey, which was founded in the 13th century by the king in an attempt to annul the influence exerted by the Vítek family – who were ancestors of the aforementioned Rožmberks. One of the first things that you see when you enter the grounds is also one of the most macabre – the linden tree. This was apparently used to hang the monks in the abbey by the Hussites, who were strongly anti-Catholic.

The abbey stopped being used as an abbey in 1785, but since then, has had many uses, including as a school and a factory. The latter of these uses severely damaged the building, which can still be seen in the cloister. It was restored in the 1990s, though and has been open to the public for just a few years.

The guided tour of the abbey will take you through the Gothic Chapel of the Guardian Angel, as well as the church and the cloister. The tour costs 180 CZK for English speakers (100 CZK for Czech), and it’s open from Tuesday-Sunday, between the hours of 9 am and 3:30 pm (4:30 pm from June to August). It is closed on Mondays and also between October and March. For more information, visit www.klaster-zlatakoruna.eu.