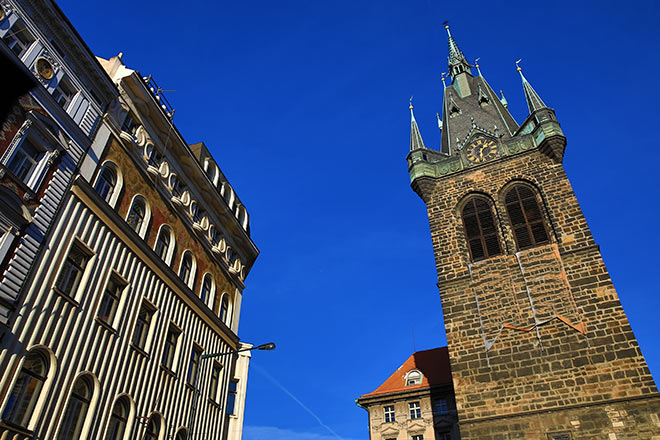 The Ode to Joy was playing in the style of carillon from the timberwork above my head when I unusually looked at Prague from its midpoint. One of the highest towers in the city – Jindřišská Tower – is unique. On the top floor, you can enjoy a marvellous view of the city at a height of 54 metres.

When going down the tower, you will pass the Museum of the Tower, the Prague Towers Museum, an exhibition area, a restaurant and a whiskey bar. The city looks just like a model!

After two years of reconstruction, the tower was re-opened on 12th December 2002. Since that day, many expositions, concerts and other social events have taken place there. And there is an amazing restaurant too!

Under the Bells of Joy

An elevator will take you up to the gallery. This is a place where some events also take place. The bells hung up under the roof, play 1152 melodies. For only 10 CZK, the bells can play for you, but the choice of melody is random.

The Ode to Joy is more than suitable for this place. You can view the city of Prague from the top, but also a bit from below, depending on what landmark you are looking at. From the television tower of Žižkov, through Petřín to the Prague Castle and even further. The Saint Jindřich Church and the Saint Kunhuta Church (to which the bell tower belonged) are also interesting from a bird’s eye view.

The altar picture portrays Kunhuta, a martyress defending her innocence by walking on hot ploughshares. The painless walk disproves the accusation of adultery. It is a pity that it is closed, as are most of the churches in Prague. Visitors ramble around the church without having an opportunity only to look inside. The risk of theft and vandalism is high, but it is not good to close these buildings.

The Jindřich Bell, with a weight of 3350 kilos, is the tenth-largest in the Czech Republic. It was made in 1680 and recast in 1804. The bell was placed into the tower because it was simply too big to fit in the church tower.

Jindřišská tower was built along the lines of Italian campanillas in the years 1474 to 1476. The church and its bell tower were owned by the Knight of the Cross with the Red Star. There was a plague cemetery near the church. At the end of the Thirty Years’ War, it was used as a guard tower, but it was damaged by the Swedish in 1648. More damage was brought by the Prussian siege in 1757. In 1801, there was a strong wind in the city, and it broke the narrow roof.

In the Zvonice Restaurant, from the 7th to the 9th floor, you can see the original Svatá Maria Bell, reconstructed by the most famous Czech bell founder – Petr Manoušek.

Before the reconstruction began, it had been just an empty white building; a bare case. The demanding reconstruction was done by Jindřišská a. s., under the control of preservationists, created a modern cultural object from a beautiful but unused building in the city centre.

On the ground floor, there is a souvenir shop and a charming café. 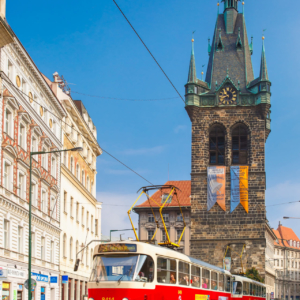 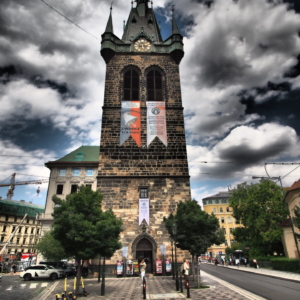 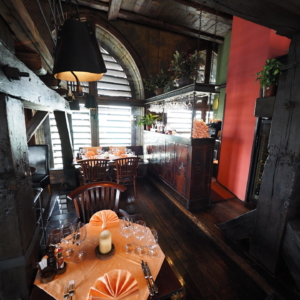 Interior of the ten-storey Jindřišská tower 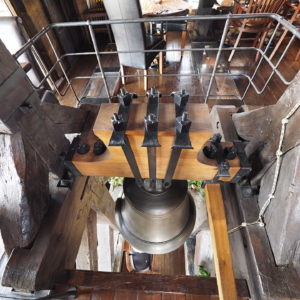 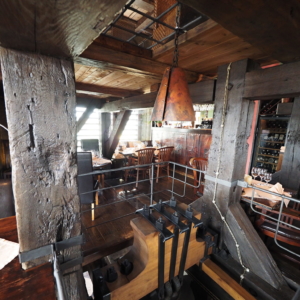 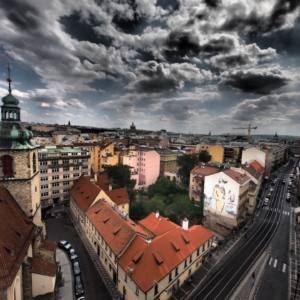 View from the Gothic Jindřišská Tower
Share
Facebook
Twitter
Pinterest
Email
Print
Previous articleBe Careful When Tipping. Some Restaurants Tip Themselves Without Asking
Next articleThe Alcron Restaurant in Prague Is the Best In the Czech Republic in the Long Term
RELATED ARTICLES
Attractions/What to See