Be Careful When Tipping. Some Restaurants Tip Themselves Without Asking 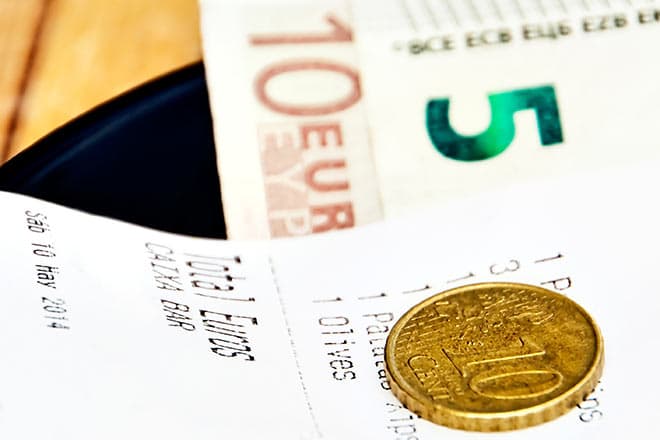 Some Czech restaurants charge their customers higher prices for the “service”. The Czech Trade Inspection found out that a certain restaurant on Střelecký Ostrov in Prague charged almost 20 crowns more than the orders actually amounted to.

Inspectors posing as customers carried out two orders in Café Restaurant on Střelecký Ostrov in Prague; one in English and the other in Czech. “The inspectors went there based on an incentive that we had received. It looked like discrimination because the English customers were charged, while the Czech ones were not,” says Jiří Fröhlich, the Czech Trade Inspection press agent.

The waiter brought a bill for the English order in the total amount of 212 Czech crowns, instead of 193 crowns. On the bill, the 19-crown difference was described as “we recommend tips”.

The second order was carried out in Czech, and the customer was charged 18 crowns more. “It is not discrimination, but a case of bad billing. The approach was the same for all customers – but wrong nonetheless,” says Fröhlich.

The inspectors of the Czech Trade Inspection have found out that the consumers are billed fees for a so-called service, which they are not informed about beforehand. This has been qualified as a violation of the law, as the seller must sell the good for prices negotiated in accordance with price regulations, and he must bill the prices correctly when selling the goods.

The Czech Trade Inspection has begun an administrative procedure against the seller. For this conduct, he may receive a fine of 5 million Czech crowns. For the customer, the listed prices must always be final, including all VAT fees.

Examples of Given Fines

The 7 Angels restaurant in Praha 1 was fined 50.000 Czech crowns. “English-speaking consumers were billed 854 crowns instead of 777 crowns. A “10% Service” fee in the amount of 77 crowns was added to the bill,” says Fröhlich. Czech consumers did not receive such a fee.

The company Stelko received a 40.000 Czech crown fine in their Restaurace 22 restaurant in Praha 1. The English-speaking customers received a 10% fee on the bill again.

Another example could be one restaurant in Karlovy Vary, where the Czech Trade Inspection found a case of abuse. The service billed the foreigners a higher price and tried to explain that they did not want to tip. The restaurant has multilingual menus for these purposes. The explanation was shocking: “You do not tip; that’s why we will charge you ten percent more.”

Couvert Is Thievery, People Say on the Internet

You can find a lot of discussions on the internet regarding couvert. According to most posters, it is a rip-off.

“According to the dictionary, a covert is the fee charged for dining and the use of different sauces, etc. In practice, it is nothing else than an inconspicuous increase of all prices in the menu,” says one of the unsatisfied customers. And most of the others agree with him.

And what is the opinion of people from this field? “What they did, whoever it was, is stupid. And very transparent too. There are many mixed groups (Czech and foreigners) going to these restaurants too! It actually surprises me that nobody finds it suspicious,” says a waitress about her restaurant’s tricks.