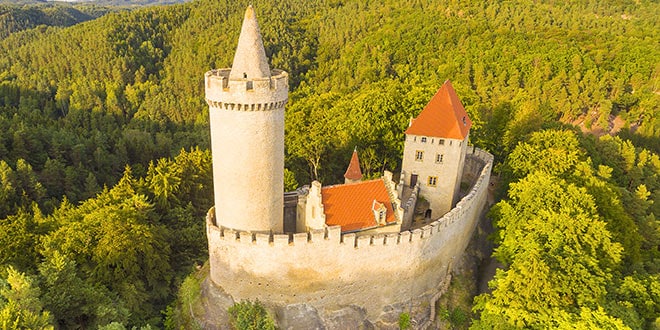 Kokorin Castle is in the tiny village of Kokorin, which has less than 400 people, located nearby Melnik, about 40km north of Prague.

Gothic castle built by Hynek Berka of Dubá in the 2nd half of the 14th century. The castle was severely damaged during the Hussite wars. Later it was restored in the Late Gothic style. It has been deteriorating since the 17th century and became ruin attracting Romantic poets and painters. At the beginning of the 20th century, it was rebuilt in Neo-Romantic style. The castle inspired the well-known Czech Romantic poet Karel Hynek Macha to write his novel called Gypsies. The guided tour will take you to the historical romantic interiors, the castle ramparts and the tower. In the castle’s surroundings, there are beautiful sandstone rocks of different shapes – overhangs, small caves, rock windows, and the lids called „kokorinské poklicky”. 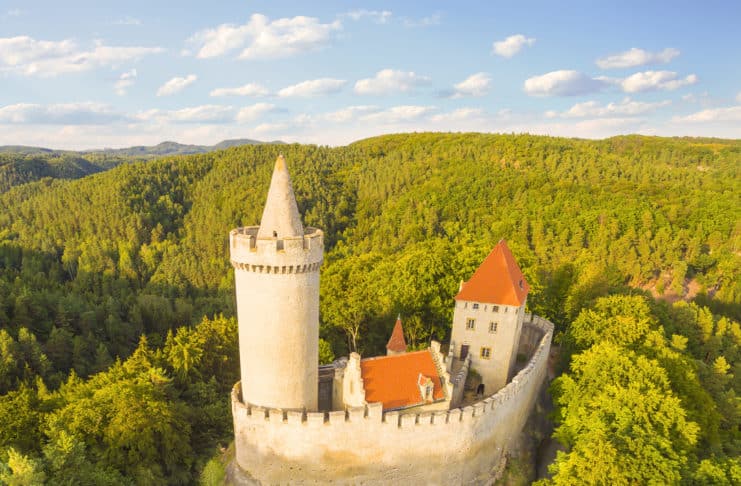 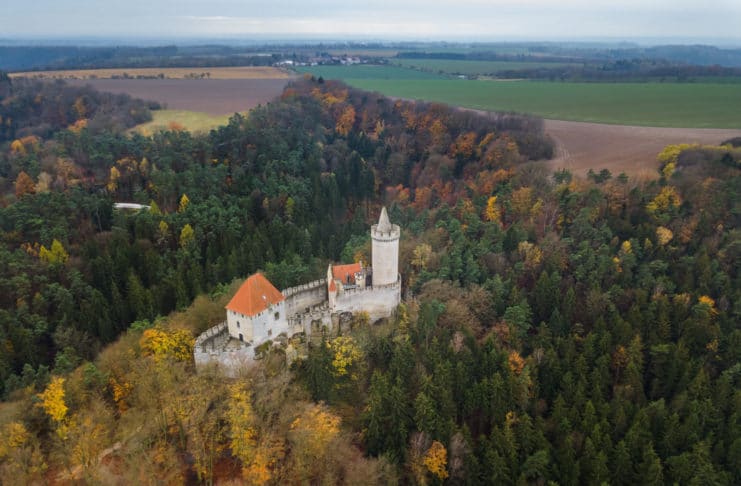 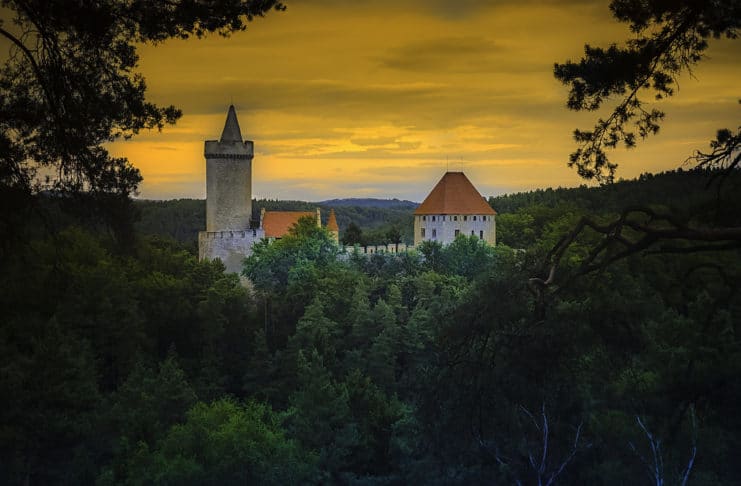 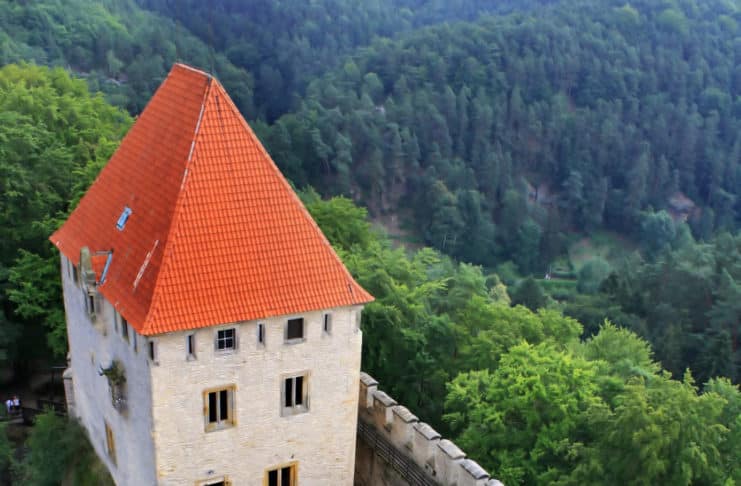 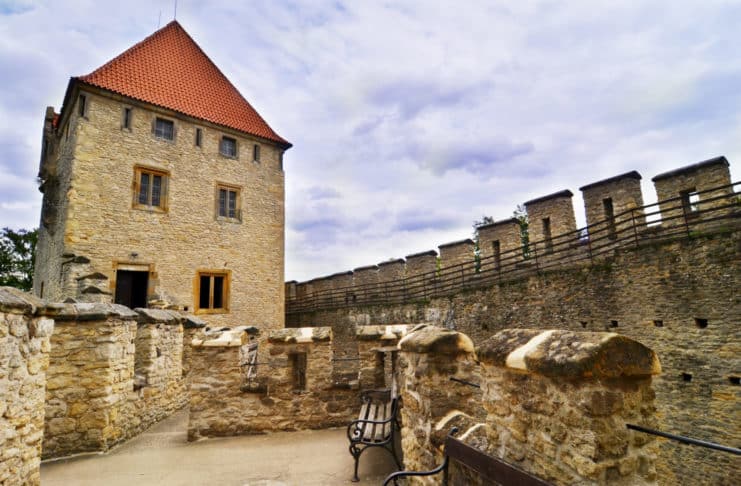 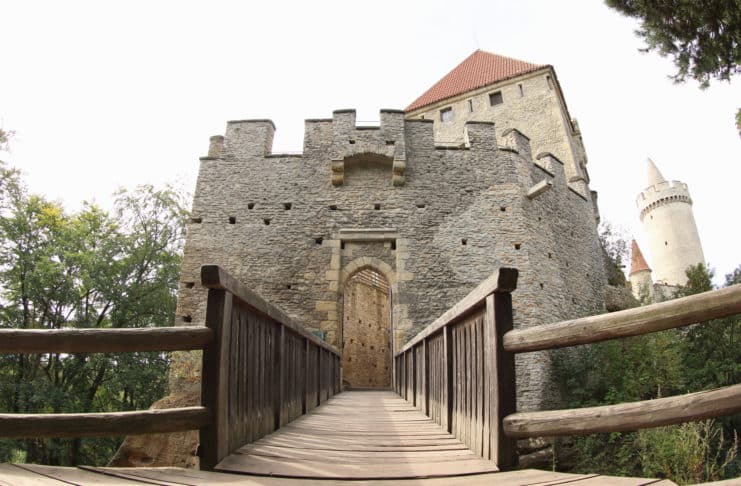 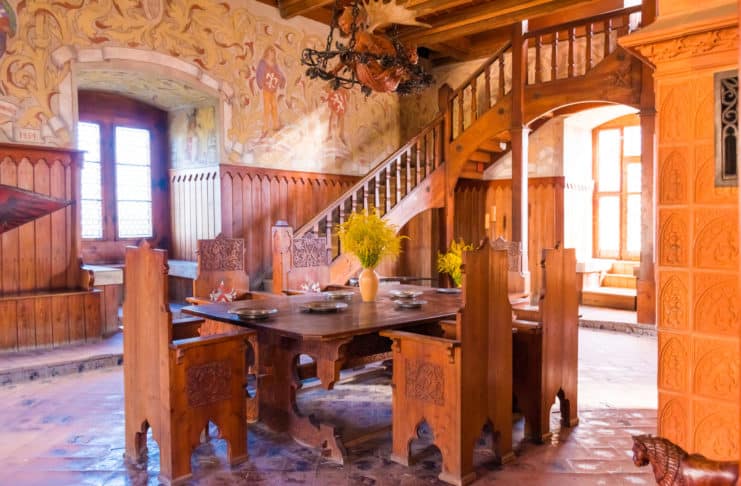