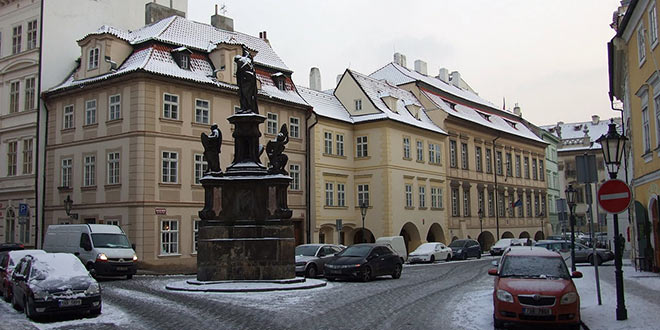 Duck down quiet Prokopska to this attractive square, named after the Knights of Malta, who established a monastery nearby.

Getting its name from the Priory of the Maltese Knights, this square houses the statue of St. John the Baptist located on its northern end.  St. John was the patron saint of the Maltese Knights, and the statue was put up in 1715 during a plague epidemic at the site of a temporary altar.  The square is lined with houses as well as grand palaces such as the Nostitz Palace.  This baroque building dates back to the mid 17th century and is decorated with statues of emperors.  Today, the Dutch embassy is located in the building.  Also nearby is the Straka of Nedabylice Palace.  This palace stands opposite the Nostitz Palace and is known as the House of the White Horse because of its white horse symbol.  In addition, it is sometimes referred to as the House of the Seven Devils.  Built around 1690, it once housed the workshop of famed Dutch sculptor Adriaen de Vries.

Beyond the statue of St John, the Baptist is a side-street glimpse of the Church of Our Lady Below the Chain, simply must-see tourist attractions. 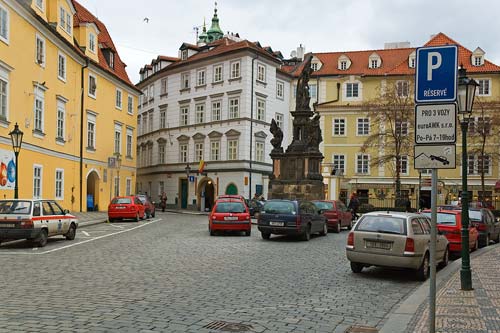