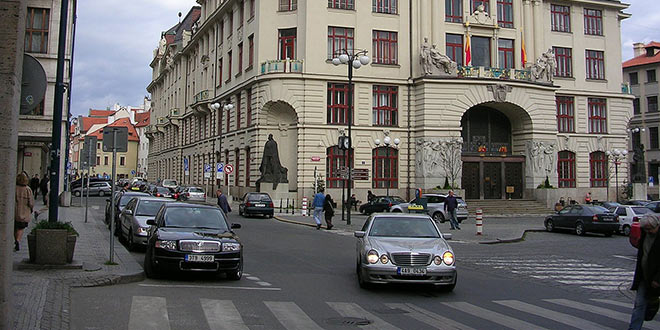 Statues of Rabbi Löw and of the Iron Man dominate the square from the corners of the Town Hall, built in 1912. A garden wall of Clamm-Gallas Palace encloses the southern side of the square. There is a statue of the River Vltava made by Vaclav Prachner in 1812. This sculpture is popularly called Terezka. 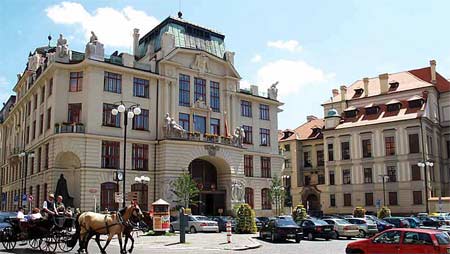 Located on the Marianske Square, the library was built between 1925 and 1928 and was originally intended to serve as a cultural institution with exhibition, lecture and concert halls.  Today, the building also houses a representative apartment of the Prague Mayor which is furnished in an Art Deco style.  The façade of the building is covered in travertine which also makes use of the brass and artificial stone which can also be found on the building’s interior.  Since 1992, much of the 2nd floor is used as gallery space leased to the City Gallery Prague. The building also underwent a major renovation which includes a new entrance located on Valentinska Street.